How to turn threats into opportunities? A study on the new global media landscape, with special focus on Spain 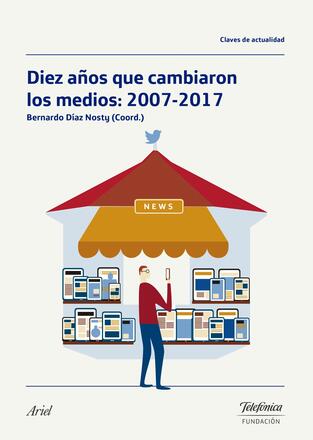 Fundación Telefonica funded the publication of an in-depth analysis of the changes that has shaken the media landscape in Spain and worldwide for ten years (2007 - 2017). The report is in Spanish and structured in nine chapters, each of them focusing on a specific topic:

Bernardo Díaz Nosty, lecturer of Journalism and coordinator of the publication, writes a long introduction which brings out the core issue: media have slowly responded to the digital shift that first affected print sales, then advertising investments, eventually trust. As shown in the detailed figures provided in the report, only radio managed to preserve its share of audience - proving to be the most trusted media today in Spain. Nosty also scrutinizes how the big data available on social networks are allowing neuromarketing in electoral campaigns, as the debated case of Cambridge Analytica revealed. However, the threats coming from the new digital environment might lead to a strengthened role of journalism if media stopped being subjected to clickbait. As a matter of fact, 12.200 journalists lost their jobs and 375 media outlets shut down in Spain since 2007, but 450 new digital media appeared in the same breath. According to Nosty, as of now quality journalism must feed the renamed augmented public sphere taking full advantage of the forthcoming technological innovations.