The Euro Crisis in the Media: Journalistic Coverage of Economic Crisis and European Institutions 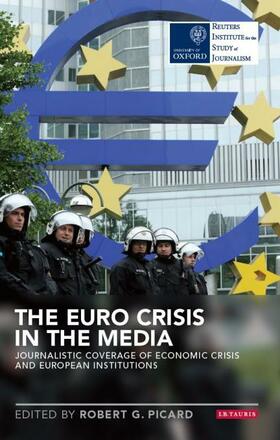 The Euro crisis produced the most significant challenge to European integration in 60 years, testing the structures and powers of the European Union and the Eurozone and threatening the common currency. The financial and political emergency was shaped by problems in the banking sector, national fiscal policies, and sovereign debt held by Eurozone nations.

Based on a range of comparative research across 10 European countries (Belgium, Finland, France, Italy, Germany, Greece, Netherlands, Poland Spain, and the United Kingdom), the book explores how the crisis was portrayed in the European press and the implications of that coverage on public understanding of the developments, their causes, the responsibilities for addressing the crisis, the roles and effectiveness of European institutions, and the implications for European integration and identity.

The authors explore how the roots of the crisis were described by media, the contextualisation of events, how responsibility was assigned, national stereotyping, expectations and trust in European institutions, the roles of European leaders, the extent of social and political debate, the language used to describe the events, how coverage varied nationally and across political orientations, the influences of differing journalistic cultures, and whether a pan-European public sphere was evident.

The first chapter of the book is available for download at http://reutersinstitute.politics.ox.ac.uk/publication/euro-crisis-media