The big comeback of political pressure in Bulgaria

Press freedom in Bulgaria: findings of the 2017 online survey released by the Association of European Journalists - Bulgaria 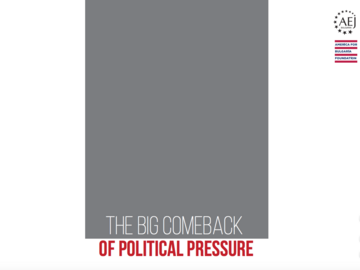 Political authorities define the media agenda in Bulgaria, as stated by 200 journalists inquired by the Association of European Journalists - Bulgaria (AEJ) between May and June 2017. The survey, issued by AEJ-Bulgaria every two years, shows that black PR or paid content presented as editorial content are widespread practices during election campaigns while legal prosecution, extortion and dissemination of libelous materials are the most commonly used tools to exert pressure on journalists; nonetheless, ‘online harassment’ is quickly arising.

The survey also highlights the working conditions of the respondents: precariousness is revealed both by high job mobility (71% has worked in more than three newsrooms) and poor incomes (average monthly pay is between 250 and 500 euros). Respondents may overcome fear and self-censorship if concrete measures against media concentration were taken, such as the establishment of independent media.