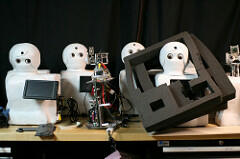 A Finnish journalist argues that Russia has been influencing Finnish public debate by mobilising an army of fake social media profiles - trolls and bots. According to the author, harassment by aggressive trolls has been discouraging online users from commenting on matters involving Russia. Therefore, "trolling has had a serious impact on freedom of speech, even outside Russia" and should thus be addressed as a national security threat.

The author presents a number of instances of online propaganda and discusses them as information warfare, i.e. "a state-conducted, strategic series of information and psychological operations that influences the target’s opinions, attitudes and actions in order to support the political goals of the state’s leaders". She also comments on the reactions caused by her work on the article itself and the way she became a target of harassment herself.

Finally, the author suggests solutions that should be applied by the international community, governments, journalists, and Internet companies to counter aggressive online disinformation.