The safety of journalists and the danger of impunity. Report by the director-general to the intergovernmental council of the IPDC, 29th session

This report drafted by UNESCO International Programme for the Development of Communication (IPDC) presents a comprehensive picture of the situation regarding Safety of journalists and impunity in the world, with special attention to the period 2012-13 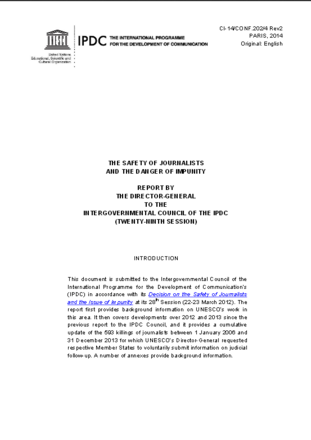