The state of press freedom 2014

Mertek Media Monitor compiles the Press Freedom Index for Hungary, combining the results of a survey carried out with multiple stakeholders. The report provides a complex picture of the different perceptions about the decline of media freedom in Hungary during the last year 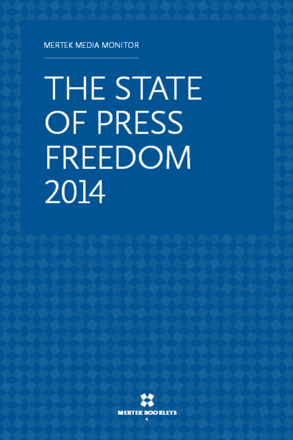 The Press Freedom Index (PFI) compiled by Mertek Media Monitor about Hungary is available since 2012. The comprehensive PFI is made up of the combined results of surveys carried out on three groups - journalists, media managers and the general public - to find out how they perceive the state of press freedom in Hungary. Each group displayed specific trends. The general public has an ambiguous and somehow paradoxical picture of how press freedom has fared in Hungary – though 83% assess that there is political pressure on the media, on the whole they nevertheless view the state of press freedom as improved over 2013. As far as journalists are concerned, their assessment of press freedom is continuously deteriorating, a perception which is often linked with the belief that political pressure on the media is on the rise. The fact that a mere 8% of responding journalists viewed the Media Council as an institution that helps press freedom prevail is an indication of the particularly Hungarian problems of press and media freedom. Media managers are the only group among the three interviewed whose assessment of the state of press freedom was leaning towards a positive view overall. Compared to respondents in the other groups, a smaller proportion of media managers perceives political or economic pressure. On the basis of the surveys conducted, the report also examines how different factors affect media freedom according to the three groups surveyed; it then provides an overview of perceptions about how media work in the country; the assessment of economic and political pressure exerted on media; the fairness of media regulation and media pluralism.