Transparency in the Balkans and Moldova 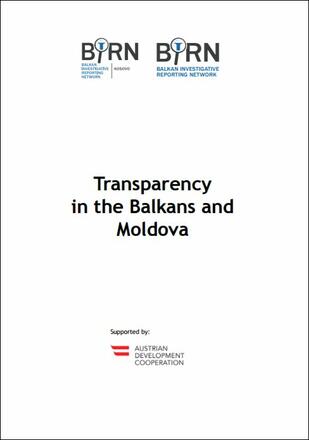 Legislation in Albania, Kosovo, Macedonia, Serbia, Montenegro, Bosnia and Herzegovina and Moldova guarantees the right to access official documents. Freedom of Information Laws in the Balkans share many similarities and are generally considered progressive but despite strong legal frameworks, the everyday application of laws remains far from smooth.

Country-based analyses are presented in the report, highlighting exiting discrepancy between the legal provision and practices in the implementation of the access to information regulations. To test the existing practices in this field, BIRN submitted 173 official requests to access public documents between October 2013 and April 2016. These were sent to a range of institutions across the region based on the journalists’ research requirements. Out of 173 official requests, 59 were rejected, 90 approved, 10 were partially approved and 14 remained pending till the end of the monitoring period.

The proactive disclosure of documents by governments in the region is also considered in this assessment: all seven countries covered by BIRN are members, or prospective members, of the Open Government Partnership, demonstrating a public commitment to more transparency. From this point of view, while Balkan countries and Moldova are increasingly publishing government data online, releasing information lacks strategic coordination. The format in which documents are provided makes it difficult for journalists to find and use them effectively.

This report was produced as part of “Paper Trail to Better Governance” project by Balkan Investigative Reporting Network - BIRN Kosovo and BIRN HUB – to promote the rule of law, accountability and transparency in the Balkans and Moldova.