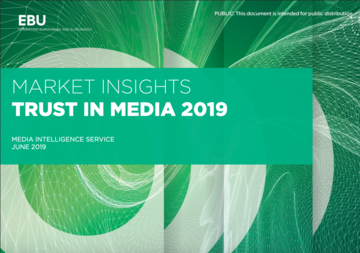 Based on the 90th Eurobarometer survey, the 2019 report finds that radio is still the most trusted source of information in Europe, whereas social networks are the least trusted ones. Traditional media score higher than the Internet, which is instead in constant decline. The written press has a slightly positive Net Trust Index in 2019, for the first time since it has been measured. However, the trend for trust in the written press is negative in several Eastern European countries over the last five years.

According to the report, the level of perceived trustworthiness of information provided by national media is strongly correlated with the overall satisfaction with national democracies.