GMMP 2020 was implemented in 116 countries and covered 30,172 stories published in newspapers, broadcast on radio and television 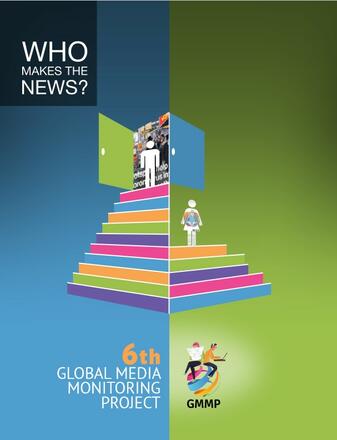 Between 2015 and 2020, the needle edged one point forward to 25% in the proportion of subjects and sources who are women.

The proportion of women as subjects and sources in digital news stories increased one point overall from 2015 to 2020.

Stories on gender-based violence hardly make the major news of the day and when they do, women and girls are severely underrepresented as subjects and sources.

In keeping with the historical patterns, women are still more likely to appear in unexceptional roles as personal experience providers.

Gender equality in the world depicted in the news still lags behind gender equality in the physical world: women are 27% of the health specialists appearing in coronavirus stories, far fewer than the 46% world average given in labor force statistics. Of the persons portrayed as homemakers, women are almost seven in 10, similar to the 2015 findings.

Political stories are more likely to occupy more space on newspaper pages than any other topic, whether an entire page, half, one third or a quarter of the page.

In 2020, women are still seen, and their physical attributes described more than their voices are heard in the news.