Defamation and prison: the decision of the Italian Constitutional Court is a first step forward

The organisations of the Media Freedom Rapid Response (MFRR) welcome the decision by the Italian Constitutional Court to refer a decision on whether to abolish prison sentences for criminal defamation in relation to journalists and media workers to the Italian Parliament. Qui la versione italiana 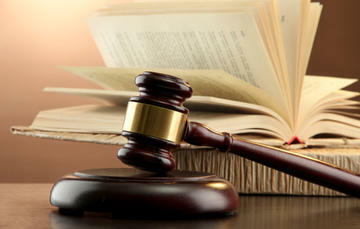 On 9 June 2020, the Court held a long-awaited public hearing into the constitutional legitimacy of Article 595 of the penal code and Article 13 of the law on the press, ruling that while reform was necessary, it was the responsibility of Parliament to amend the legislation.

The Court ruled that while a “complex balancing operation” was required between freedom of expression and the protection of reputation, it was clear that a reconfiguration of this balance was required to align the penal code with European human rights standards and adequately protect the media.

The ruling effectively postponed the Court’s decision for one year, stipulating that if Parliament has not passed legislation to amend the law by 22 June 2021, then the Court itself will abolish prison sentences. Several different bills are currently under consideration in the Italian Senate.

In another positive step forward, the Court temporarily suspended the proceedings for criminal defamation in the cases under examination by the Court.

We, the undersigned, welcome the decision to refer the issue to Parliament as an important first step forward in abolishing prison sentences for defamation cases in Italy. This ruling demonstrates the clear need for reform of Italy’s penal code in line with standards of the European Court of Human Rights.

Meaningful change will now require political will. We urge Italian lawmakers to work constructively with Italian journalists and press freedom groups in the coming months to craft legislation which reflects the calls by the Court to strengthen defences for the media. There are positive signs that cooperation and dialogue are already underway.

However, it is essential that just as one step forward is taken, the substitute penalties for criminal defamation do not mark another step backwards. Any new legislation replacing prison sentences must avoid the introduction of disproportionate or unreasonable financial penalties. The spectre of crippling fines would have the potential to bankrupt media outlets and would have a comparable chilling effect as prison sentences.

More widely, this moment should also act as a catalyst overhaul of the country’s civil defamation laws to protect journalists from abusive litigation and SLAPPs (Strategic Lawsuits Against Public Participation), which also pose a grave threat to media freedom in Italy.

Ultimately, only comprehensive reform of both criminal and civil defamation will fully shield journalists from vexatious lawsuits and charges. The momentum for change generated by this decision should not be squandered.

This statement is part of the Media Freedom Rapid Response (MFRR), an Europe-wide mechanism, which tracks, monitors and responds to violations of press and media freedom in EU Member States and Candidate Countries. This project provides legal and practical support, public advocacy and information to protect journalists and media workers. The MFRR is organised by an consortium led by the European Centre for Press and Media Freedom (ECPMF) including ARTICLE 19, the European Federation of Journalists (EFJ), Free Press Unlimited (FPU), the Institute for Applied Informatics at the University of Leipzig (InfAI), International Press Institute (IPI) and CCI/Osservatorio Balcani e Caucaso Transeuropa (OBCT). The project is co-funded by the European Commission.