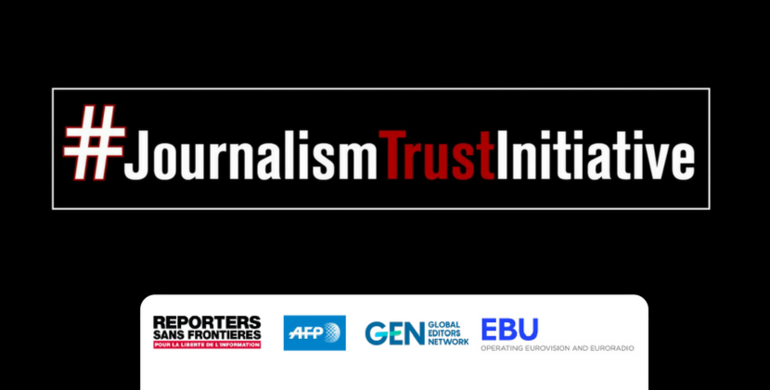 From Reporters Without Borders .

The Journalist Trust Initiative (JTI) aims at promoting journalism by adherence to an agreed set of trust and transparency standards to be developed and implemented. This will be implemented through the so-called Workshop Agreement of the European Centre of Standardization (CEN), which is open for participation of interested stakeholders, including media outlets, professional organizations and unions, self-regulatory bodies, and the like.

The resulting standards - which are expected to reflect transparency of media ownership and sources of revenues, as well as compliance with ethical norms and independence, are intended to become a voluntary, leading benchmark of media self-regulation and good practices for all those involved in the production of media content. Adopting the standards will pave the way towards a certification process.

Benefits can be attached to the quality and independence of journalism through preferential distribution and treatment by algorithms of search engines and social media platforms, leading to better visibility, reach and advertising sales.

The project plan published on April 3, 2018, on the CEN website  is now up for comments and approval by all groups concerned. Those in favour of the document will then collaborate over a time-span of 12 to 18 months to develop the actual indicators.