The Association Carta di Roma with the European Federation of Journalists launched the European campaign #nohatespeech, with a petition aiming to ban the promoters of online hate speech 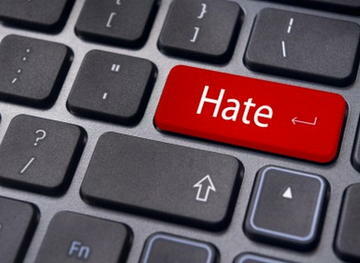 Banning the promoters of online hate speech and preventing broadcast thereof are not simply acts of civic responsibility. For journalists, this is the fulfilment of a basic duty: giving readers, viewers and listeners real facts. This is why the Italian organisation Associazione Carta di Roma, with the support of the European Federation of Journalists (EFJ), Articolo 21, the National Federation of the Italian Press (FNSI), the Italian Order of Journalists and the Journalists’ Union RAI (USIGRai), has launched the #nohatespeech campaign.

The online petition is directed to different categories and invites each potential contributor to act against hate speech:

Journalists – Don’t be passive in front of hate speech cases. Since they are based on racism (bigotry/prejudice/ discrimination), hate speeches cannot be considered just opinions: they are a distortion of reality, against the basic principles of a civilized cohabitation and against science. Discrediting racist statements and clarifying why they are misleading constitutes a duty for journalists.

Readers, Viewers, Listeners – Isolate the hate promoters: don’t converse with them, even if you want to express your indignation. Avoid any act which could legitimate them. Report hate speech cases to the competent editorial and social media managers, in order for them to remove the inappropriate posts, to ban their authors and, where appropriate, to refer them to authorities for legal action.

Media and Publishers – Apply online moderation procedures, in order to quickly remove hate speeches and to ban their authors.

The petition can be read and signed here  (English and Italian versions available).