Major questions about Journalism in Portugal 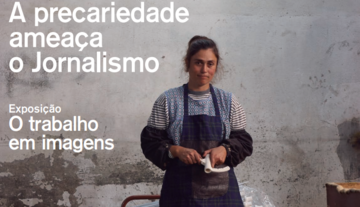 Between May 1 and June 13, 2016, researchers from ISCTE-Instituto Universitário de Lisboa delivered a survey consisting of 78 questions to almost 1500 journalists (25% of the overall collective with professional license or equivalent). Some questions were the same as the study “Journalists’ Perceptions of the Future of Journalistic Work ” in order to compare results with other Western countries.

Despite the majority of the respondents has an employment contract, it is remarkable that one third does not have a formal contract and only 3,9% are paid for work over time. Almost 90% of the respondents believe that working as a journalist will be increasingly precarious and uncertain. Journalists are not satisfied with the evolution of working conditions in the last 5 years, however are relatively satisfied about labor stability. The majority earns less than 1000 euros per month and more than 80% believe that wages and other benefits will decrease. The authors conclude that journalism is an activity whose financial compensation falls short of the expectations in Portugal; in fact, over 60% have thought about quitting the profession.

Eventually the survey highlights a significant gender gap, given that women are generally more educated and work longer hours, but - compared to men - are less than half in higher positions and in earning more than 2000 euros per month.