Researching media freedoms in Bosnia and Herzegovina in 2019

A survey on media freedom from the perspective of citizens: their trust or mistrust in media and journalists, their level of satisfaction and their beliefs about freedom of expression. Analysing the answers to 506 phone calls, the survey gives an overview of the trends in Bosnia and Herzegovina 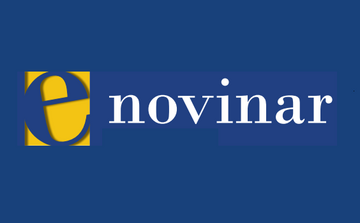 In the period 27th March-8th April 2019, a representative sample of households was contacted via telephone and the youngest member of the family (provided he/she was over 18) was interviewed, for a total of 506 people.

Prof. Dr. Bozo Skoko, Professor of Public Relations and Head of the Department of Journalism and Public Relations at the Faculty of Political Science of the University of Zagreb, analysed the data and wrote his conclusions in this report made for the needs of the “Friedrich Ebert” Foundation and the Association of BH Journalists .

According to the Author, this year's research shows several very concerning trends in the attitude of BH citizens towards media and journalists: there is decreasing trust in media, an inclination to blame journalists for being attacked, and a growing concern about their professionalism.

For the first time in the last few years, “more people do not believe in media than those who do”.

In general, trust in media fell from 77% in 2018 to 66% in 2019, while confidence in religious communities, institutions of power, and politicians increased.

According to most respondents, media freedom doesn't exist; people see larger freedom in the other entity (Bosnia on one side, Herzegovina on the other). The main hurdle to free media seems to be seen in “interdependence between politics, media and journalists”, while the strongest influence on the work of media continues to be seen in politicians and political parties.

All the above mentioned negative findings and the decrease of trust in traditional media are balanced by the increasing trust in the capability of the Internet to strengthen pluralism. The Author suggests that the best way to regain citizens' trust is that journalism shall "defend its honor and prove to be independent from political and other pressures".