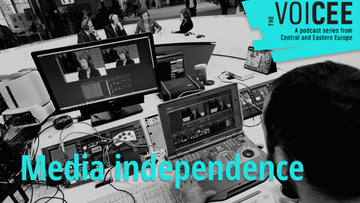 The VoiCEE podcast series aims to capture the diversity of Central and Eastern Europe and to understand the emerging trends. Above all, the authors declare that they want to “give a voice to a region that is often talked to rather than listened to”.

In this episode hosted by Transitions, Jeremy Druker speaks with Marius Dragomir, director of the Center for Media, Data and Society at Central European University.

The project, funded by the National Endowment for Democracy, aims at reporting on issues related to democracy, the rule of law, civil society, human rights and media freedom.

The episode is available here .