Trouble with the Truth

Trouble with the Truth is the podcast produced by Lana Estemirova in partnership with the Justice for Journalists Foundation. Lana talks to brave and resilient journalists from around the world who face persecution just for doing their job and lets her audience hear voices that usually remain hidden behind the curtain 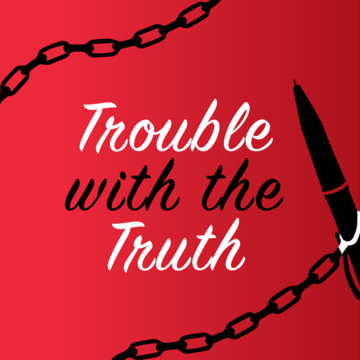 The series includes interviews with journalists from Belarus, Russia, Malta and Turkey.

In the episode available after 19 March, Lana interviews the British journalist Clare Rewcastle-Brown who helped to uncover the infamous 1MDB corruption scandal in Malaysia in 2015.

The focus of their discussion was not the investigation itself, but the legal turmoil and harassment that followed it. Not only has Clare been banned from entering Malaysia, but while living in the UK, the journalist was also subjected to a defamation campaign, hacking, surveillance and intimidation. The harassment was orchestrated by reputable UK-based law firms and PR agencies. Clare is still fighting multiple civil and criminal lawsuits, filed in the UK and Malaysia.
Lana and Clare discuss how SLAPP lawsuits are being utilised to silence the free media and whether the UK government should do more to deal with this problem.