The European Commission published the 2022 Rule of Law Report on July 13. In response to the call for stakeholders' contribution, OBCT submitted a report answering questions related to the situation in Italy 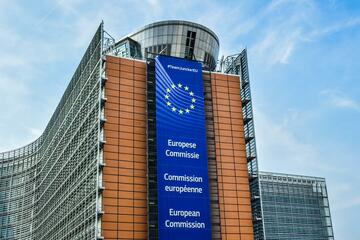 As in previous years, the 2022 Rule of Law Report is developed through a qualitative assessment carried out by the European Commission in the 27 EU Member States. Sources included written contributions from Member States authorities, independent bodies, and stakeholders, including civil society organisations.

OBCT submitted a report which contributed to the Italian country chapter in different sections, namely: the efficiency of the justice system in the first pillar; the transparency of public decision-making and the protection of whistleblowers in the pillar dedicated to the anti-corruption framework; the three sections related to media freedom and media pluralism (media authorities and bodies, transparency of media ownership and safeguards against government or political interference, and the framework for journalists’ protection); and four of the five sections in the pillar aimed at exploring the other institutional issues related to checks and balances.

Other than this written contribution, OBCT is mentioned in each country chapter as one of the organisations with which the Commission met during its horizontal meetings. On that occasion, together with other media freedom organisations, OBCT gave an overview of the situation in which journalists operate across Europe and the general level of media freedom and pluralism.

As part of the Media Freedom Rapid Response (MFRR), OBCT also had a mention in the country chapter on the rule of law situation in Italy thanks to its coordination of the Italian fact-finding mission which took place between 4 and 6 April 2022 and the following report “Who is afraid of journalists?”.