A press conference on journalists safety in the Netherlands 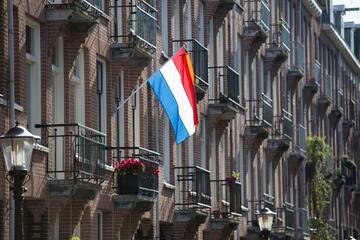 As part of an international fact-finding mission to map the declining safety of journalists in the Netherlands, Free Press Unlimited , the European Center for Press and Media Freedom  and the International Press Institute are organising an international press conference on April 13th 3:30-4:30 PM CEST. The report is published as part of the Media Freedom Rapid Response.

A panel discussion will be held with, among others, crime reporter Paul Vugts and Thomas Bruning, Secretary General of the Dutch Association of Journalists. This will be a hybrid event with the chance to ask questions both in-person and online.

The mission was established in close consultation with the Dutch Association of Journalists, as part of the Media Freedom Rapid Response initiative: a consortium that consists of six European press freedom organisations that monitor press freedom in EU member states and candidate countries.

The Netherlands is internationally known for having one of the highest levels of press freedom worldwide (ranking 6th in the 2021 World Press Freedom Index); PersVeilig often being cited as a best-practice example. However, there are growing concerns regarding an uptake in aggression against journalists. With an increase in attacks on journalists in the Netherlands, the decision by major Dutch Public Broadcaster NOS to remove their broadcaster logos from its vans in order to protect employees, and following the murder of Peter R. de Vries in broad daylight, the topic of press freedom in the Netherlands is receiving more and more international attention.

To investigate this further, Free Press Unlimited has taken the lead in an international fact-finding mission. As part of the mission, Media Freedom Rapid Response (MFRR) partners, together with the Committee to Protect Journalists and Reporters Without Borders, conducted a handful of interviews with, among others, some of the country’s most renowned (investigative) journalists, editors-in-chief, the Police Department, key academic figures, and influential policy-makers. The findings of these interviews have been compiled and mapped out as part of an international research study on the safety of journalists in the Netherlands. Ultimately, the research study maps out key findings of the discussions that were held, providing expert recommendations in line with the Council of Europe and the European Commission’s Recommendations on the Safety of Journalists.

If you wish to join, please register through this link . Registration is required for both physical and online participation.