The MFRR partners and SEEMO are alarmed by reports that the Parliament will approve the media law package without respecting international standards. Here the letter sent to Albanian authorities: 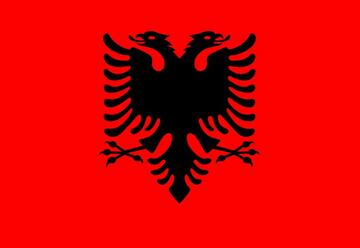 We are writing to express our grave concern about the apparent plans of the Parliament of Albania to ignore the issues raised in Venice Commission Opinion No. 980/2020 of 19 June 2020, further threatening press freedom and the right to freedom of expression and to information in Albania.

The undersigned organisations, including partners in the Media Freedom Rapid Response, are alarmed by reports that the Parliament plans to reconsider the Amendments to Law No. 97/2013 ‘on Audio Visual Media in the Republic of Albania’ on the basis of article 86 of the Rules of Procedure of the Assembly, which prescribes that the Parliament considers only the issues introduced by the President of the Republic. Consequently, the Assembly would ignore the problems raised in the aforementioned Opinion of the Venice Commission and by domestic and international civil society organisations.

In this regard, we reiterate our serious concern that the amendments in their current form fall short of international law and standards. As noted also by the Venice Commission, the legislative proposals suffer from vagueness and have a number of fundamental flaws, including:

As such, the proposed amendments risk causing a chilling effect on the right to freedom of expression online and restricting Albanian citizens’ right to access to information.

We share the opinion of the Venice Commission and 15 Albanian civil society organisations that the problem of malicious or irresponsible media behaviour on the internet would be more appropriately tackled through the establishment of an independent self-regulatory body, which involves all stakeholders in the media community and is empowered to ensure an effective and well-respected system of media accountability.

Accordingly, we urge you to rethink the current legislative procedure and instead put in place a transparent process that leads to appropriate legislation that addresses all the Venice Commission’s recommendations, and to include civil society and representatives of the media throughout this process. We fear that pushing ahead with these amendments in blatant disregard of the important issues raised by the Venice Commission will further damage hopes of progress on press freedom and undermine Albania’s pursuit of EU accession.