The Sofia City Prosecutor's Office ordered police protection for the investigative journalist. However, at the same time it is questioning Staykov as part of a separate investigation into the allegations made in his documentary. IPI expresses concern about the independence of the Prosecutor's Office in properly investigating the case, asking for the assignment of a special prosecutor 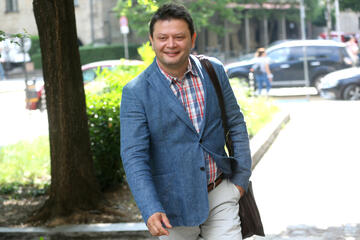 On July 9, the International Press Institute (IPI), a global network of editors, media executives and leading journalists for press freedom, called on the chief prosecutor in Bulgaria to ensure a transparent investigation is conducted into recent death threats against investigative journalist Nikolay Staykov.

Staykov, a well-known Bulgarian journalist who co-founded the NGO Anti-Corruption Fund, told IPI he began received threatening phone calls on June 18 as part of a “coordinated” campaign of harassment he believes was linked to an ongoing investigative documentary he had produced about alleged state corruption.

The journalist, a former deputy editor-in-chief the Capital.bg weekly who now specializes in financial reporting and corruption investigations, said that he started receiving dozens of anonymous calls from several different numbers asking about funeral services.

The threats started hours after he had contacted two of those named in his ongoing investigation for comment, the protagonist Petyo Petrov, a lawyer and former head of investigations at the Prosecutor’s Office, and a security company involved in the case.

The first part of the documentary, released on June 24, alleges that Petrov was aided by figures within state institutions including the Sofia City Prosecutor General’s Office to appropriate various assets belonging to the owner of Bulgaria’s largest elevator manufacturer.

The calls to Staykov’s personal mobile phone continued intermittently for 24 hours. The intimidation continued the night of June 18 night when his residence and the house belonging to his wife’s parents, where his children were staying at the time, were vandalized with eggs.

Staykov said he had recorded the calls, logged the most common phone numbers, and then reported this to police in an official statement the next day. The threats stopped after they were made public and reported by Bulgarian media on June 20.

Regional police opened an investigation but no further action was taken. This changed on July 3 when the Sofia City Prosecutor’s Office finally ordered police protection for Staykov.

However, the same Prosecutor’s Office has also twice questioned Staykov as part of a separate investigation into the allegations made in the first part of the documentary, which accuse figures within the Office of wrongdoing.

“In light of the allegations made in the Anti-Corruption Fund documentary, we have concerns about the independence of the Sofia City Prosecutor’s Office in properly investigating this case”, IPI Deputy Director Scott Griffen said. “We call on Chief Prosecutor Ivan Geshev to assign a special prosecutor to look into the targeted harassment and intimidation of Nikolay Staykov. While the police protection afforded him is welcome, the next step is to ensure a thorough and transparent investigation is carried out to ensure those responsible are identified.”

Griffen added that IPI was closely monitoring the situation in Bulgaria and would react to any further threats against Staykov as further parts of the documentary are released.