Bulgaria: the Ombudsman's answer to MFRR's letter of concern

Diana Kovatcheva, Ombudsman of the Republic of Bulgaria, replies to the Media Freedom Rapid Response's concern underlining her efforts to protect journalists and allow them to access Parliamentary buildings 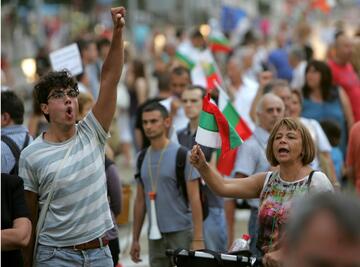 Concerned about restrictions to journalists and violence on the streets, the MFRR had sent out a letter on 24 September: just a couple of days later, on 28 September, an answer arrives to IPI, the International Press Institute.

The Ombudsman informs the consortium that she "addressed a recommendation to the Speaker of the National Assembly to provide for guarantee that journalists have complete access to the Parliament. I also insisted that the Speaker holds a meeting with representatives of the media in order to discuss the options of revising this decision, which made drastic changes to the work of the parliamentary journalists. As an Ombudsman, I expressed my first belief that the right balance must be found in order the proper functioning of the MPs and of the media to be ensured".

In relation to reported cases of violence suffered by journalists during demonstrations, Diana Kovatcheva confirms that she condemns "such actions that fully infringe human rights". In view of this she addressed a recommendation to the Minister of Interior "urging for thorough, impartial and effective investigation into the allegations of police violence must be carried out in compliance with the Constitution and the European human rights standards".

In Bulgaria she had "several occasions to request investigations on allegations for violence on citizens from Ministry of Interior in the last few months".

This fully confirms the concerns expressed by the MFRR about a very delicate situation for media freedom in the country.