Bulgaria: the end of a legal harassment

On 28 June the independent publisher and businessman Ivo Prokopiev was finally acquitted, thus confirming that the charges against him can be considered retaliatory and intended to stifle investigative reporting. The Media Freedom Rapid Response partners are relieved but ask to stop all further legal harassment against him and Economedia. Here the statement that was issued before the trial 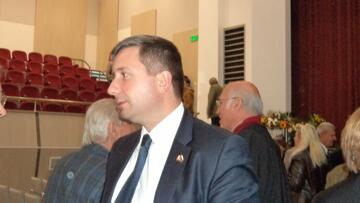 Media Freedom Rapid Response (MFRR) partner, the European Centre for Press and Media Freedom (ECPMF), is concerned about the on-going legal harassment of Bulgarian media owner and businessman, Ivo Prokopiev and his media group Economedia, ahead of an expected court verdict on Sunday 28 June 2020.

In 2017, the Bulgarian Commission for Illegal Assets Forfeiture froze property and a bank account belonging to Ivo Prokopiev. This was triggered by a criminal court case that commenced in 2016, relating to the privatisation of a state-owned power distribution company in 2011.

Pressure against him and his media group, Economedia, continues as a court case involving the publisher was fast tracked after numerous procedural violations. Prokopiev is currently on trial at the Specialized Criminal Court in relation to the privatization of a minority stake in an energy company. He is accused of expressing his opinion in public and has been threatened with arrest by the lead case prosecutor. The indictment has been changed, with the prosecution now demanding a prison term of between three and ten years for Prokopiev’s alleged role in the sale of shares in an electricity distribution company. Prosecutors made it known that they also want the immediate arrest and imprisonment of Mr Prokopiev, if convicted. The sentence will be announced on Sunday, 28 June.

We believe the legal threats are based on politically motivated grounds and consider them an attempt to silence independent investigative media outlets. We ask the Court to make their judgment independent of any political pressure or interference.

We urge local authorities to stop the ongoing institutional and legal harassment and intimidation of Ivo Prokopiev and Economedia.

Economedia publishes Capital weekly and Dnevnik.bg, both considered as independent and professional journalistic outlets in a media environment dominated by state-affiliated outlets and media companies. Their published investigations over the past decade had uncovered increasing corruption in Bulgaria and concerted efforts to silence independent voices in media and politics.

“Nobody should be held legally accountable for exercising, or not exercising, a basic civil and human right. Every participant in the National Council for Tripartite Cooperation not only has the right, but the moral obligation and fiduciary responsibility to contribute their own stance. Every one of them has the right to freely express their opinion and almost every one of them has done so in different ways. Ivo Prokopiev has voiced his opinion on this issue, as well as many others. They all have. Have they committed a crime? Is this National Council a criminal gathering?” pleaded Daniela Dokovska, the lawyer representing Ivo Prokopiev.

Prokopiev and his family have also undergone a number of investigations into their financial and tax arrangements over the past few years. No violations have ever been found.

ECPMF, as part of the MFRR, are watching the development of the legal proceedings with serious concern, especially given the situation of consolidated media ownership, media capture and press freedom in Bulgaria. Bulgaria has built up a highly worrisome record of freedom of speech and media violations. [ECPMF and partners conducted a fact-finding mission in 2018, please find the report here].

This case could have a significant chilling effect on the already-threatened independent media landscape in Bulgaria.

We ask supporters to attend the trial on Sunday and to offer their solidarity.

We urge EU institutions to press Bulgaria, an EU Member State, to uphold the rule of law and the Bulgarian authorities to make meaningful changes to restore freedom of expression and a free media from everyone in Bulgaria.

This statement is part of the Media Freedom Rapid Response (MFRR), a mechanism, which tracks, monitors and responds to violations of press and media freedom in EU Member States and Candidate Countries. This project provides legal and practical support, public advocacy and information to protect journalists and media workers. The MFRR is organised by an consortium led by the European Centre for Press and Media Freedom (ECPMF) with ARTICLE 19, the European Federation of Journalists (EFJ), Free Press Unlimited (FPU), the Institute for Applied Informatics at the University of Leipzig (InfAI), International Press Institute (IPI) and CCI/Osservatorio Balcani e Caucaso Transeuropa (OBCT). The project is co-funded by the European Commission. www.mfrr.eu