Together with other 39 organizations, OBCT co-signed a statement in support of whistleblower Emma Reilly, a few days after she was fired by the UN 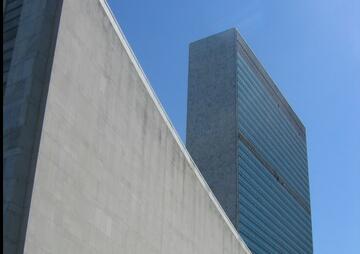 A whistleblower at the United Nations: an open letter to protect her

We, the undersigned, condemn the action taken by the United Nations to fire human rights whistleblower Emma Reilly on 9 November 2021 and call on the Secretary-General, António Guterres, and the UN General Assembly to commit publicly to critical reforms to ensure UN whistleblower protections are brought into the 21st century.

Ms. Reilly is one of a long line of internal whistleblowers who have suffered for trying to do their jobs and uphold the human rights mandate of the United Nations.  The two should not be incompatible.

Among the many important whistleblowers who came before Ms Reilly are:

Both Ms. El Basri and Mr Kompass chose to leave rather than to fight to remain at the UN to do the human rights work to which they had dedicated their lives.  All of these whistleblowers suffered for doing their jobs and alerting their employer to serious wrongdoing.  None remained at the UN..

The WIN Board of Trustees wrote to Secretary-General, António Guterres, on two separate occasions, one in 2020 and the other in early 2021 detailing the series of procedural failures and abuses in Ms. Reilly’s case. The letters sought assurances that action would be taken to halt the unfair treatment of Ms. Reilly and urged him to make sure his orders from April 2018 to have Ms. Reilly transferred and to mediate in her case be fulfilled. No assurances were provided. Importantly, we called on the Secretary-General to properly and independently investigate her serious concerns about the practice of handing to the Chinese authorities the names of dissidents who were providing information and testimony to the UN Human Rights Council.

As we pointed out in our Open Letter in August 2021, there is credible evidence that passing on the names to the Chinese authorities caused harm to the families of these human rights defenders and thus severely undermined their freedom to speak up about serious human rights abuses, including those against the Uyghurs. Whether or not direct harm could be proved, such a practice must be properly and independently investigated because of its obvious chilling effect not only on human rights defenders from China but to all human rights defenders wishing to speak freely to the United Nations about their experiences and concerns.

It is also right that where any member of the United Nations workforce has a reasonable belief that a practice or action that could cause harm is occurring, has occurred or could potentially occur, they should be encouraged to raise that concern in the public interest.  The issue is never just about whether any rule or regulation was broken, it is about ensuring that harm is prevented, and any further damage is stopped. This is what is understood around the world under international best practice legal standards as a disclosure of public interest information qualifying for protection.  Whistleblowing is about ensuring the free flow of information necessary for the responsible exercise of institutional accountability.

The status of a whistleblower who “deserves” to be protected is not in the gift of the organisation itself to bestow or rescind, it must be set out according to clear legal standards which recognise the imbalance of power between an individual trying to deliver a potentially difficult message and the default position of an institution to protect itself.  Without effective legal protections which give a whistleblower a fighting chance to survive and offer them protection for going outside the institution, the focus and energy of the institution will remain on the messenger and not the message.  A closed system is not a fair system. The result is that the substance of the message is ignored or covered-up, and the messenger is punished.

Ms. Reilly was fired hours after a feature about her case was published in Le Monde.  She was fired for her communications to Member States’ delegations and to the press against the orders of the UN.    These orders were issued in June 2020 nearly a year after the UN Dispute Tribunal judge seized of her case had his position abruptly terminated without notice, and a month before a positive ruling from the Alternate Chair of the Ethics Panel confirmed that Ms. Reilly had made a protected disclosure in 2013 and had suffered ongoing retaliation that was likely to end in her termination. That decision was effectively overturned without due process by the UN administration in 2021 thus paving the way for the UN to claim that Ms. Reilly is not a whistleblower and to fire her for unauthorised disclosures.  Yet, in the same Le Monde article the unnamed UN spokesperson stated that it was unclear if the names of Chinese dissidents were still being handed over contrary to earlier and conflicting statements from the UN.  Ms. Reilly’s concern remains as urgent today as it did in 2013.

It is imperative that the Secretary-General, Antonio Guterrez and the UN General Assembly now recognises the UN internal justice system is broken and commits publicly to critical reforms to ensure UN whistleblower protections are brought into the 21st century.

We are not the only ones calling for reform and many ideas have been shared about what can be done over the years, from reforms of the UN system, to the creation of a new oversight body.  The importance of whistleblowers to ensure that we, the public, have the information we need to work together globally to protect human rights, address CLIMATE CHANGE and to survive pandemics like COVID-19 is more important than ever.  We must have the information we need to hold decision-makers world-wide to account for their conduct, to be able to work together on solutions, and to repair the harm done to the planet and to communities. The United Nations must play a key role in gathering that information and protecting those that deliver it, including whistleblowers.  And to do so effectively, it really has to get its own house in order.

We repeat here what the Alternate Chair of the Ethics Panel wrote in his decision in Ms. Reilly’s case in July 2020:

Ms Reilly “…was interested in human rights and protection of human rights activists.  OHCHR was, by virtue of the Complainant’s whistleblowing, placed in a very awkward diplomatic position by a human rights issue that it struggled to handle well.  A whistleblower’s reporting of such a practice, which was contrary to fundamental UN principles and values, is exactly the sort of activity that must be protected; it is far more important than minor infractions of bureaucratic rules, which the system finds it much more easy [“sic”] to classify as protected.” (emphasis added)

Protecting public interest whistleblowers is no longer a niche issue, if it ever was, it is essential to upholding human rights and protecting the public’s right to know.  The United Nations must lead the way.

We remain at your disposal to help in any way we can.

Centre for Research in Employment and Work (CREW), University of Greenwich (UK)

James I. Wasserstrom, Founder and CEO, The Integrity Sanctuary

The Signals Network (USA and France)