The undersigned organisations express their serious concern at the legal proceedings that have been brought against investigative journalist Scott Stedman, his U.S. media company Forensic News, and three of his colleagues 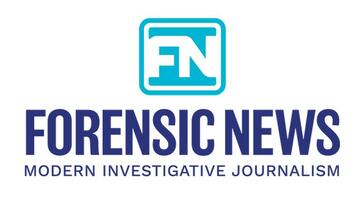 Between June 2019 and June 2020, Forensic News published six articles and a podcast about the business affairs of British-Israeli security consultant and businessman Walter Soriano, after he was summoned by the United States’ Senate Intelligence Committee. The Committee was reportedly interested in Soriano's connections to several people of interest, including the Russian oligarch Oleg Deripaska, who had been a former business associate of Donald Trump’s campaign chairman Paul Manafort.

The Forensic News team was sued by Soriano in July 2020, one month after they published their last article about him. Although the defendants are all based in the United States and Forensic News is incorporated in the state of California, the lawsuit has been brought in London.

“We believe that the lawsuit that has been brought against Forensic News is a SLAPP,” the undersigned organisations said. SLAPPs abuse the law in order to silence critical coverage on matters of public interest. Index on Censorship has filed a media freedom alert to the Council of Europe Platform for the Protection of Journalism and Safety of Journalists.

“The case has many of the hallmarks of a SLAPP, including that Soriano is not only suing the news organisation, but also the four individual reporters. He also has lawsuits pending against investigative journalists in France and Israel, as well as against Twitter in Ireland,” the organisations said.

Due to the extremely expensive nature of mounting a legal defence in England and Wales, Forensic News is having to raise funds through an online crowdfunding campaign. The case is expected to go to trial before the end of 2022.

The Campaign for Freedom of Information in Scotland (CFoIS)

Coalition For Women In Journalism (CFWIJ)