Greece: a call for transparency and objectivity

Several critical media outlets have been excluded from the governmental financial support provided through a €20 million public health advertising campaign during the COVID-19 crisis. The Media Freedom Rapid Response calls for transparency and objectivity in the distribution of public advertisement funds to media 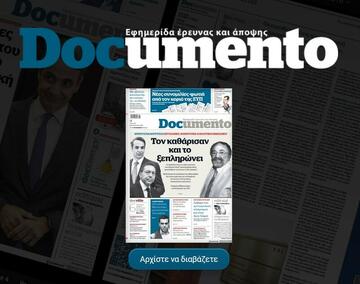 We, the undersigned partners of the Media Freedom Rapid Response (MFRR), which tracks, monitors and responds to violations of press and media freedom in EU Member States and Candidate Countries, would like to express our serious concern over the recent exclusion and side-lining of critical media outlets during a recent government support package in Greece.

While we welcome in principle the efforts by the Greek government to financially support the media industry through a €20 million public health advertising campaign during the COVID-19 crisis, the process in which these funds were distributed raises a number of worrying issues about government transparency and media pluralism.

A recent analysis has shown that many outlets perceived as “opposition” media received disproportionately lower levels of advertising revenue compared to more government-friendly media, despite the fact that many had higher circulation and readership.

As the clearest example, Documento, a weekly investigative newspaper, was excluded entirely from state funding. Its editor and publisher allege this was in clear retaliation for its critical coverage and recent investigations into your administration.

Meanwhile, the 18-page list of 1,232 outlets that did receive financial aid, instead included more than 200 digital entities not listed in the country’s Online Media Register, including inactive or non-existent websites or obscure blogs with little or no readers.

Far from being based on principles of objectivity or fairness, it appears the criteria used to select which Greek media outlets received state funding during the COVID-19 pandemic was at best arbitrary and at worst meant to punish media that report unfavourably on the government.

This distortion of the media market in apparent favour of government-friendly websites and newspapers raises serious questions about your administration’s commitment to upholding and supporting media pluralism and freedom.

Equally worrying were the justifications of government spokesman, Stelios Petsas, as to why Documento had been excluded. The dismissal of Documento’s reporting as spreading “fake news” undermines the site’s independent and critical journalistic work and is not supported by analysis conducted by MFRR partners.

Any state funding for media must be distributed via a transparent, accessible and reviewable process based on objective criteria. That does not appear to be the case here. We also question why a private advertising company was hired to distribute state funding rather than a transparent public body. This system was both opaque and led to lengthy delays in releasing vital information. While we welcome the move to finally release the complete list of media included, we believe this should have been published, in full, from the outset.

Moreover, and of critical importance, we note that the government has still not provided further detailed clarification on the exact criteria used by Initiative Media to select which media received state support. We urge your administration to provide this information without delay so as to assess the fairness of the process.

The partners of the MFRR will continue to closely monitor this situation. We would be glad to offer our combined expertise towards establishing a system for the distribution of public funds that provides for transparency, accountability and fairness.

We ask you to take our concerns into consideration and look forward to seeing your response.

This statement was prepared by the International Press Institute (IPI) as part of the Media Freedom Rapid Response (MFRR), a mechanism which tracks, monitors and responds to violations of press and media freedom in EU Member States and Candidate Countries. This project provides legal and practical support, public advocacy and information to protect journalists and media workers. The MFRR is organised by an consortium led by the European Centre for Press and Media Freedom (ECPMF) including ARTICLE 19, the European Federation of Journalists (EFJ), Free Press Unlimited (FPU), the Institute for Applied Informatics at the University of Leipzig (InfAI), International Press Institute (IPI) and CCI/Osservatorio Balcani e Caucaso Transeuropa (OBCT). The project is co-funded by the European Commission.