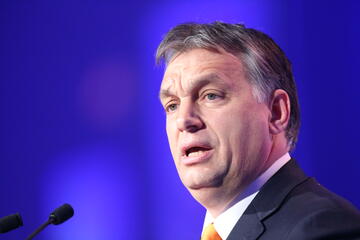 The undersigned media freedom and freedom of expression organisations today welcome the European Commission’s decision to refer Hungary to the Court of Justice of the European Union over the February 2021 decision of the country’s Media Council to force independent broadcaster Klubrádió from the airwaves.

This decision by the EU’s executive body to take Hungary to court over the alleged breach in EU telecoms rules regarding Klubrádió’s frequency licence is a belated but important signal that the Commission is increasingly willing to use the tools available to it to defend independent media, freedom of expression and media pluralism where they are most threatened.

We believe this legal challenge goes to the core of democratic standards and EU values: the freedom of the press to criticise the government and provide independent reporting without undue interference from government or state regulatory bodies.

The Commission announced the continuation of infringement proceedings on July 15, stating that the Media Council's decision to reject Klubrádió’s application for the use of the Budapest 92.9 MHz frequency was made on “highly questionable grounds” and had applied rules in a “disproportionate and discriminatory manner”. It added that the muzzling of the station “violated the freedom of speech as enshrined in the Charter of Fundamental Rights of the EU”.

As our organisations have previously reported, Klubrádió was forced off air in February 2021 after the media regulator, which is filled with figures appointed solely by the ruling Fidesz party, rejected the extension over its alleged failure to comply with administrative requirements. The regulator then blocked the station’s attempt to re-secure the frequency it had broadcasted on for 20 years, gagging one the country’s last major critical broadcasters. While Klubrádió continues to broadcast online, it is currently operating as a radio station without a frequency, severely limiting its reach and influence.

Moving forward, we hope the Court of Justice of the European Union will carefully assess this case and find Hungary in violation of EU telecommunications law over the fair and non-discriminatory allocation of radio frequencies. This would then allow Klubrádió to seek a retrial at the Supreme Court over the Media Council’s original decision. However, this process is likely to be lengthy and there are concerns that in the end it may have little direct impact on Klubradio’s ability to restart broadcasting.

Ultimately, this case is bigger than one radio station. Over the last decade, as a result of a lack of appropriate legal safeguards for upholding the Media Council’s functional independence, the regulator has played a central role in the well documented and systematic erosion of media pluralism in Hungary. Concerns over this lack of independence were recently highlighted in the EU’s Rule of Law Report 2022. Klubrádió is one of several cases in which the frequency renewal process has been applied selectively at the expense of critical broadcasters.

This underscores the urgent need for the upcoming European Media Freedom Act to address developments contributing to media capture, including by helping enforce the functional independence of national media regulatory across the bloc.

Our organisations will continue to closely monitor the infringement proceedings in the coming months and will continue to sound the alarm over all future attacks on media pluralism and freedom in Hungary. We also continue to stand in solidarity with all independent journalists and media outlets in Hungary who continue to carry out their watchdog role in highly challenging conditions.