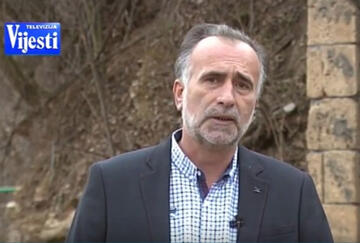 The International Press Institute (IPI), a global network of editors, media executives and leading journalists for press freedom, today condemned the recent physical attack which injured Montenegrin journalist Sead Sadiković and called on authorities to ensure that those responsible are prosecuted.

During the attack on March 20, the well-known journalist for Vijesti Television was threatened and then assaulted by a group of five or six people carrying Montenegrin flags who were attending a patriotic rally in the north-western town of Bijelo Polje, his employer reported.

A spokeswoman from the Basic State Prosecutor’s Office confirmed that the attack happened at around 8.10pm as a convoy of vehicles displaying national flags was driving through the town centre.

Police confirmed that two men had been arrested on suspicion of carrying out the attack and inflicting minor bodily injuries, according to media reports.

IPI Deputy Director Scott Griffen welcomed the swift arrest of two suspects but stressed that a thorough and professional investigation was needed to ensure that those responsible faced prosecution.

The full statement is here .