MFRR partners, Reporters Without Borders and the Committee to Protect Journalists welcome a letter from the Dutch Government proposing a policy approach on the protection of journalists and media freedom 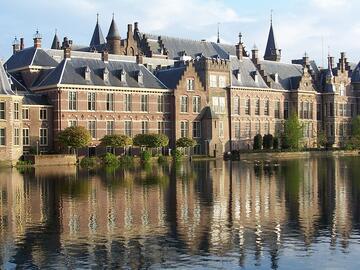 The partners in the Media Freedom Rapid Response (MFRR) and other undersigned press freedom organisations welcome the publication of the letter from the Dutch Government to the Parliament of 29 June 2022 regarding a proposed policy approach on media freedom and safety of journalists.

We commend that in preparation of its letter, the Government has taken into account reports by domestic and international journalists’ and civil society organisations, including the work of the Nederlandse Vereniging van Journalisten, the recent MFRR report ‘Towards a safer haven: Advancing safety of journalists amidst rising threats in the Netherlands’ and Reporters Without Borders’ World Press Freedom Index.

The undersigned organisations, while recognising that the Netherlands remains - by global standards - a relatively safe place for journalists and media workers, found there is room for improvement in a number of areas. These include the need to ensure a better understanding of the role of the press among the general public and the fact that specific categories of journalists, including women and freelance reporters, suffer specific threats that require a more targeted policy approach. We also call for a tailored approach to police protection against serious threats from organised crime. Furthermore, we recommend an enhanced focus on preventive measures.

The undersigned organisations welcome the Government’s constructive approach to these concerns, which we find reflected in its letter to Parliament, and look forward to seeing how this initial proposal will be further developed and strengthened through the upcoming parliamentary debate after recess, and beyond. In this regard, we also stress the importance of due implementation. We hope that throughout this process, politicians and policy makers will continue to seek and constructively engage with the views of domestic and international professional associations and civil society organisations, and we remain ready to participate in this process.