Six alerts regarding North Macedonia have been registered through the Mapping Media Freedom project since the launch of the MFRR in March 2020. In a letter to Prime Minister Zaev, MFRR partners highlight that attacks on journalists and media workers remain an acute problem, undermining press freedom in the country 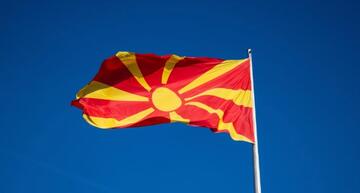 At the start of your new term as Prime Minister, we the undersigned partner organisations in the Media Freedom Rapid Response (MFRR) wish to express our concern about several recent attacks on journalists and media workers in North Macedonia.

In April 2017, at the start of your previous term as Prime Minister, a fact-finding mission including several of the MFRR partners visited North Macedonia. At the time, the country was at the bottom of a sharp decline in media freedom that had started in 2009. Since then, we recognise that important progress has been made in the area of media freedom, as reflected also in assessments by the European Commission and Reporters Without Borders, among others. Nevertheless, we are concerned that instances of violence and harassment, both online and offline, against journalists alongside impunity for the perpetrators remain important problems that require your new Government’s urgent attention, as is equally reflected in the European Commission’s reports.

In this regard, we wish to draw your attention to six alerts regarding North Macedonia that we have registered through the Mapping Media Freedom project since the launch of the MFRR in March 2020:

The frequency and severity of these alerts serve to highlight that attacks on journalists and media workers remain an acute problem undermining press freedom in North Macedonia. We note also that several of these attacks have a particular gender-based aspect to the harassment experienced by the journalist. Moreover, to date in none of the above cases have the pertinent law enforcement and judicial authorities taken the necessary steps that have resulted in the perpetrators being held to account. These attacks constitute particularly serious violations of human rights because they target not only individuals but also deprive others of their right to receive information and have a chilling effect that restricts public debate. As such, they require in all cases a thorough, prompt and impartial investigation and, where warranted, prosecution that results in the appropriate punishment of those responsible, and in which any possible link to journalistic activities is duly and transparently taken into account. Moreover, given the negative impact on the rights of the immediate victim and the public at large, it is of the utmost importance that the State authorities are proactive in this regard: it must not be left to the victim to ensure that the police and prosecutorial authorities adequately fulfil their respective roles within the criminal justice system, nor should they have to pursue justice through civil litigation or other private action.

We welcome your new Government’s commitment to the EU accession process and in this context, to an effective rule of law. The latter will require an urgent response to the impunity that currently prevails in cases of attacks on journalists and media workers.

As civil society, we stand ready to support a free and independent media in North Macedonia and we look forward to engaging with you and your Government to this end.

This letter has been coordinated by the Media Freedom Rapid Response (MFRR), which tracks, monitors and responds to violations of press and media freedom in EU Member States and Candidate Countries. This project provides legal and practical support, public advocacy and information to protect journalists and media workers. The MFRR is organised by a consortium led by the European Centre for Press and Media Freedom (ECPMF) including ARTICLE 19, the European Federation of Journalists (EFJ), Free Press Unlimited (FPU), the Institute for Applied Informatics at the University of Leipzig (InfAI), International Press Institute (IPI) and CCI/Osservatorio Balcani e Caucaso Transeuropa (OBCT). The project is co-funded by the European Commission.