The undersigned partners of the Media Freedom Rapid Response (MFRR) extend their support to journalist Grzegorz Rzeczkowski who faces four SLAPPs and was recently dismissed by Polityka, one of the major independent weekly magazines in Poland, without a transparent reason 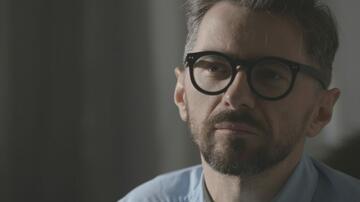 The MFRR is concerned by the abusive legal actions targeting the journalist for his investigations and that his dismissal may be due to the financial costs to the outlet which these SLAPP lawsuits are accruing. If this is the case, it could send a signal that journalists in Poland who are targeted with SLAPPs for their investigations into sensitive issues will be left to face such lawsuits without the support of their employers and have a chilling effect on press freedom in the country.

Grzegorz Rzeczkowski is a seasoned reporter who investigated the wiretapping scandal that led to major political changes in  Polish politics in 2014. As a result of his coverage on abuse of power issues, the journalist is facing four SLAPPs.

On 19 January Rzeczkowski announced on Twitter that his contract at Polityka had been abruptly terminated and he would be leaving the outlet in April. Rzeczkowski was notified by email about the contract termination and was given a vague explanation of the employer’s decision. Rzeczkowski worked at Polityka for 12 years  and has not received any prior warning that would have indicated the employer’s intentions. In an interview with Wirtualnemedia.pl, Jerzy Baczyński, the editor-in-chief of Polityka was reluctant to disclose the reasons that led up to the dismissal but noted that the decision wasn’t motivated by staff cuts. He went on to say, “we are convinced that a journalist with such experience and achievements will easily position himself in the market”.

Given the four ongoing legal proceedings against Rzeczkowski and Polityka, the journalist is now put in an extremely difficult financial situation. Up until his contract’s termination, all legal fees and costs were covered by the employer. Since Polityka let go of its reporter, it is uncertain whether the outlet will continue to support Rzeczkowski’s legal fees.

Rzeczkowski faces four SLAPPs, both civil and criminal defamation lawsuits. Three of them were filed following the journalist’s coverage on the so-called wiretapping scandal that led to the demise of the government formed by Civil Platform (PO) and paved the way for the Law and Justice (PiS) party’s victory in the presidential and then parliamentary elections in 2015 and 2016, respectively.

Two cases against Rzeczkowski were initiated due to his articles discussing links between Marek Falenta, key figure in the “wiretapping scandal”, and the Russian mafia and secret service. In addition, Rzeczkowski, together with the editor-in-chief and the outlet itself are also sued by Anna Hofer, the State Prosecutor, who was promoted to this position when PiS came to power. In one of his articles, Rzeczkowski claimed that the state prosecutor didn’t investigate the involvement of the people with close ties to PiS in the wiretapping scandal and that she omitted to investigate the Russian influence on the election results. In 2019, the former head of the Military Counterintelligence Service brought a private criminal defamation case against the journalist, following his coverage on career advancement of people close to the former Minister of Defence, Antoni Macierewicz.

In a conversation with ARTICLE 19, Rzeczkowski underscored that the legal costs have already exceeded ten thousand Euros – an amount impossible to cover by himself. Rzeczkowski also mentioned that the SLAPPs against him have caused him great emotional distress and emphasised the importance of having his employer’s financial support and solidarity.

The MFRR expresses concern over the ongoing legal harassment against Rzeczkowski as well as his abrupt dismissal. Despite the lack of clarity to what extent the dismissal might have been motivated by the drawn-out and costly lawsuits, this sets a concerning precedent for the protection of journalists in Poland. SLAPPs are vexatious lawsuits that became an all-too-common tool aimed at silencing independent voices, dissuading them from hard-hitting reporting on critical issues and exhausting their financial resources. If journalists covering controversial yet crucial topics start feeling a legitimate threat and lack of proper support, they may eventually turn to self-censorship or even abandon their investigations. The undersigned organisations stand in solidarity with Grzegorz Rzeczkowski and call upon the media outlet and journalists’ associations in Poland to provide necessary support to the journalist throughout the legal proceedings.