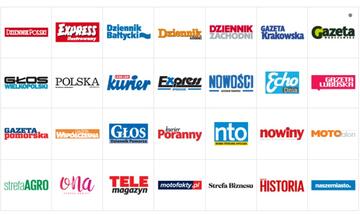 The MFRR warns that the long-expected purge of editorial staff at daily newspapers owned by Polska Press began, with three editors-in-chief being sacked and replaced with figures friendly towards the ruling Law and Justice (PiS) party, despite previous assurances there would be no layoffs.

Our organisations further call for the ongoing court-ordered review of the acquisition by PKN Orlen to be carried out free from political interference and for the competent regulator to urgently recognise the serious implications that the acquisition will have on media pluralism and independence in Poland.

On Monday April 12, the Warsaw District Court temporarily suspended a decision by the county’s antitrust regulator to approve the purchase of Polska Press from Germany’s Verlagsgruppe Passau. It came after Poland’s Commissioner for Human Rights, Adam Bodnar, filed a motion to the court urging it to suspend the Office of Competition and Consumer Protection's (UOKiK) approval and examine concerns about the deal’s effect on concentration and competition.

The court upheld the ombudsman’s motion and temporarily suspended the regulator’s consent pending a review. The ruling stated that until the appeal is resolved, the parties to the contract must refrain from further action and suspend economic transactions. This means Orlen is temporarily barred from exercising its shareholder rights in Polska Press while the appeal process is ongoing.

Our organisations believe that PKN Orlen’s purchase of the company is a thinly disguised attempt by the ruling Law and Justice (PiS) party to gain greater control over the country’s regional press landscape ahead of local elections due in 2023. A state-controlled oil company with a politically partisan CEO taking a dominant position in the country’s media poses a serious and immediate threat to media freedom. PiS have already turned the country’s public media into the party’s mouthpiece. With this acquisition they will try and force a similar editorial shift in Poland’s regional news.

Polska Press is one of the country’s largest media companies, owning 20 regional dailies, 120 weekly magazines and 500 online portals across the country. Considering that Orlen has already launched the Sigma Bis media advertising house and purchased the press distributor Ruch, further control over the media ecosystem will result in a monopoly in the market of local news and information and solidify its control over an entire press supply chain.

Since the court’s decision, PKN Orlen and its CEO Daniel Obajtek have issued statements dismissing the suspension ruling as irrelevant, while PiS MPs have also questioned the legitimacy of the interim measure. UOKiK, the regulator tasked with assessing concerns over media pluralism, has also claimed the ruling was illegal and that it was analyzing the possibility of revoking the court's decision.

While Obajtek initially claimed there would be no layoffs or political interference in the editorial policy of Polska Press, Orlen has replaced its CEO and appointed pro-PiS figures to the Polska Press management board. In response, two members of the board including the vice president have announced their resignation. On Thursday, three editors were fired: Marek Twaróg at Dziennik Zachodni in Katowice, Stanisław Sowa at Gazeta Codzienna Nowiny in Rzeszów and Jerzy Sułowski at Gazeta Krakowska in Kraków. It was announced that all three are due to be replaced by editors with pro-government views or demonstrable affiliations with PiS. Elsewhere, reshuffling has seen government-friendly editors appointed to the head of local newspapers.

In another move likely to undermine the district court’s ruling, the Constitutional Tribunal announced on April 15 that Mr. Bodnar would be relieved of his position as ombudsman within three months. Bodnar’s five-year term of office ended in September 2020 but he continued in his post as the two chambers of the Polish parliament have been unable to agree on a replacement.

The timing of this Tribunal ruling, coming three days after his victory before the Warsaw District Court, is highly suspect and appears to be aimed at further weakening the review and legal challenge to PKN Orlen’s purchase. Since 2015, the independence of the Tribunal has been systematically dismantled by PiS, leading to a political crisis with the European Commission and the launch of the Article 7 procedure for breach of the Rule of Law.

Our organisations call on all parties to respect the decision of the Warsaw District Court and to allow for a thorough and independent review of the impact of the acquisition on media pluralism to take place, free from political interference. We particularly call on PKN Orlen to respect the court decision and to cease all actions that interfere with the editorial management and political independence of Polska Press media. We further call for an end to the politicisation of the ombudsman’s position and for the parliament to select a replacement that is fully qualified and politically independent.