Romania: Publication of stolen pictures of Emilia Șercan and leak from criminal investigation must be investigated swiftly and independently

Ten European and international press freedom and freedom of expression organisations, members of the MFRR and their partners, have reacted to the harassment of Emilia Șercan, expressing serious concerns about the case and its implications for media freedom in Romania. Today, the ten organisations sent an open letter to the Romanian authorities calling for swift and independent investigations. The letter recalls that the threats and harassment of Șercan are set against a background of recent aggression and undue pressure against journalists and media workers in Romania coming from politicians, prosecutors, police, and military officers 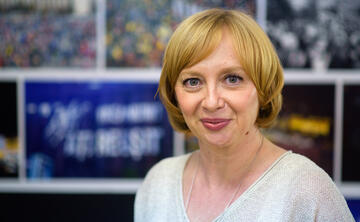 We, the undersigned organisations in the Media Freedom Rapid Response (MFRR) and partners, are disturbed by the harassment of journalist Emilia Șercan through the publication of her private pictures and the alleged leak from the criminal investigation into the matter. We call for swift and independent investigations of both issues and previous threats against Șercan.

On 18 February, Șercan discovered that a Moldovan website had published an article containing the five stolen pictures, as well as the Facebook Messenger screenshot made by Șercan, and submitted only to the Romanian police, plus a short comment on Șercan’s professional conduct. Șercan ascertained that the article was published approximately 40 minutes after she left the Criminal Investigation Service. A link to the article was subsequently posted by 74 websites, primarily Romanian and some from the Republic of Moldova.

Șercan filed another criminal complaint regarding the possible leak from the criminal investigation and violation of privacy with the Internal Affairs Department of the Romanian Police. On 21 February, chief of the Romanian Police Mr Matei presented Șercan with an analysis of the media spread of the pictures, which would have cleared the police and supervising prosecutor of suspicion. Șercan characterised the police’s analysis as implausible and “fabricated”. On 8 March, Șercan discovered that the Internal Affairs Department had sent her complaint to the Prosecutor’s Office attached to the 4th District Court of Bucharest, which is potentially a source of the leak. Subsequently, the file was transferred to the Prosecutor’s Office attached to the Bucharest Court of Appeal.

We have serious concerns about the harassment of Șercan and the implications for media freedom in Romania more broadly, especially given the context: on 18 January 2022, Șercan revealed in an article that Prime Minister Ciucă plagiarised his doctoral dissertation. The following day, she received a threat to her personal safety on her professional email address, followed by another threat on 2 February via Facebook Messenger. Both threats are under investigation by the Criminal Investigation Service of the Bucharest Police.

Moreover, the threats and harassment of Șercan are set against a background of recent aggression and undue pressure against journalists and media workers in Romania coming from politicians, prosecutors, police, and military officers. These include, among others, the threat against the wife of G4Media editor-in-chief Pantazi by an employee of the Ministry of National Defence, in March 2022; a reporter and her crew working for Italian public broadcaster RAI who were kept for hours in a Bucharest police station after an anti-vaccine Romanian Senator kept them locked up inside her office during an interview, in December 2021; attacks on two women journalists at a congress of the National Liberal Party congress by party members in September 2021; and, judicial pressure on Libertatea and Newsweek Romania following a criminal complaint and several SLAPPs filed by a Mayor of a Bucharest district, in May 2021.

The European Commission has made it clear that Member States “should investigate and prosecute all criminal acts committed against journalists, whether online or offline, in an impartial, independent, effective, transparent and timely manner”, as underlined in its recent Recommendation on ensuring the protection, safety and empowerment of journalists and other media professionals in the European Union, “to ensure that fundamental rights are protected and justice is swiftly delivered in particular cases and prevent the emergence of a ‘culture’ of impunity regarding attacks against journalists” (Rec. 4).

On 8 March, the MFRR partners, together with ActiveWatch, wrote to the Romanian authorities, urging them to ensure that the complaints filed by Șercan in relation to the stolen photos, the leak from the criminal investigation and the earlier threats are swiftly and diligently investigated.  Unfortunately, to date, a substantive response to these asks has not been provided.

Accordingly, we renew today our call for quick and independent investigations. Any criminal acts these investigations reveal must be duly prosecuted, so those responsible are held to account. Particularly as concerns the complaint about the leak from the criminal investigation, sufficient safeguards that effectively guarantee the investigation and prosecution’s independence must be in place.

Coalition For Women In Journalism (CFWIJ)