SLAPP: a new engagement by the EU Commission DG Justice

The Directorate-General Justice and Consumers of the EU Commission answers the letter sent by ECPMF and co-signed by OBCT and dozens of organisations: the committment to develop new rules to protect journalists and activists from strategic lawsuits is now a written promise. Here some text of the answer signed by Marie-Helene BOULANGER, Head of Unit 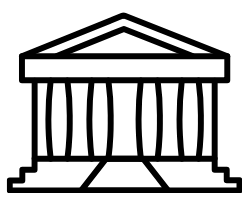 Thank you for your letter of 20 May 2020, in which you outline a series of concerns about Strategic Lawsuits Against Public Participation (SLAPP) voiced jointly by several stakeholder organisations, also offering suggestions for EU action in this regard.

Thank you also for the document that accompanied your letter ‘Advice on SLAPP’, drafted by the Centre for Private International law of the University of Aberdeen, which we read with interest.

Plural, free, and independent media are essential to any well-functioning democracy.

Journalists play a vital role in European democracies and they should be able to do their work free of threats and intimidation. The Commission shares the concerns related to SLAPPs, as they may result in an abuse of defamation laws and also other substantive claims, as well as procedural rules with the objective of threatening journalists and civil society actors with ruinous lawsuits. Abusive litigation, or even the threat thereof, may have a chilling effect and deter journalists and civil society organisations from doing their work as active watchdogs in our democracies.

During the confirmation hearing of Vice President Jourová, she referred to the promise she made to Daphne Caruana Galizia’s family to better protect journalists in Europe. As a first step in delivering on this promise, the Commission is conducting a mapping of the possible situations of abuse of litigation against journalists, to obtain a better understanding of the situation in the Member States, involving relevant experts and stakeholders and to determine the best way forward on this basis. This work is ongoing.

As regards cross-border aspects, I can already inform you that relevant private international law rules in the Brussels I Recast Regulation, on jurisdiction and recognition and enforcement of judgments, and the Rome II Regulation, on law applicable to non-contractual obligations, will be subject to evaluation during this mandate. Defamation, which is currently excluded from the scope of Rome II Regulation, is one of the topics that the Commission will analyse in the context of these forthcoming evaluations.

The Commission services have commissioned a study on the application of the Rome II Regulation, which will look into the specific difficulties stemming from divergences in Member States' national provisions on conflict of laws, in cases of cross-border violations of personality rights, including defamation. This will address the treatment of data protection and defamation lawsuits in the context of the misuse of legal proceedings against journalists. Furthermore, the Commission services are also mapping possible abuse of litigation and potential tools that could be used in this context. These studies will contribute to a better understanding of the situation.

The European Democracy Action Plan will aim to improve the resilience of our democracies, including actions to strengthen media freedom and pluralism with a focus on improving the protection of journalists, their rights and working conditions. Possible responses to the issue of abusive use of lawsuits is part of the reflection in view of this Plan, to be adopted before the end of the year. The Commission launched a public consultation on the European Democracy Action Plan on 15 July, which will give a further opportunity to gather feedback from stakeholders on limitation to free and independent media, and to consider potential initiatives in this area. I sincerely invite you to contribute to this consultation, and ask you to forward this request also to your associates at the University of Aberdeen.

The Commission is also providing, with the support of the European Parliament, funding to independent projects in the field of media pluralism and journalistic freedom. The Media Pluralism Monitor, managed by the Centre for Media Pluralism and Media Freedom and the mapping platform reporting threats to media freedom, managed by the European Centre for Press and Media Freedom cover the SLAPP issue. The latter also supports specific actions to support journalists, such as legal assistance.