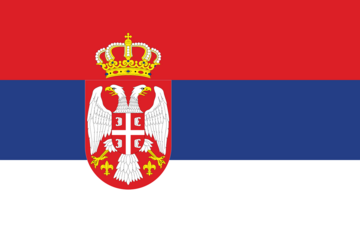 Serbia’s Regulatory Body for Electronic Media (REM) has recently concluded the process of awarding four national FTA TV licences. The Media Freedom Rapid Response (MFRR) consortium and the Independent Journalists’ Association of Serbia (NUNS) previously criticised the process around this decision, which lacked transparency and did not comply with international media freedom standards. The decision taken by REM to award the available national TV licences to the same four pro-government outlets has perpetuated a deeply unbalanced commercial broadcast media market and is another example of the authority’s failure to protect media diversity and pluralism in Serbia.

In its decision published on 29 July 2022, the REM awarded TV licences to Pink, Happy, B92 and Prva televisions - media all supportive of the ruling Serbian Progressive Party. On 5 August, the REM published a summary explanation of its decision, affirming that it was made to achieve a greater quality and diversity of content and through a comparative quality analysis of their fulfilment of criteria to award the licences. However, all four outlets have been repeatedly criticised by civil society for their lack of respect for a variety of national laws and regulations, and for spreading hate speech and smearing political opponents to the current government. According to data from Serbia’s Coalition for Media Freedom, “in 2020 alone, over 12,000 violations of the Advertising Act were committed by these four television stations, and several reports were filed for hate speech and broadcasting of violence”.

Furthermore, the REM’s process of awarding TV licences failed to meet the requirements set under its own guidelines on the minimum conditions for the provision of media services. These include that licences should be awarded to broadcasters that respect the programming parameters for broadcasting licences and should be distributed in a manner that favours the provision of a plurality and diversity of views and ideas. The REM’s decision is yet another worrying indication of its lack of functional independence from political forces and another major failure of its regulatory responsibilities, one which further undermines media pluralism and democracy in Serbia.

International standards on freedom of expression prescribe media diversity and a fair and transparent process for awarding TV licences. As set out by the Principles on Freedom of Expression and Broadcast Regulation, promoting diversity in broadcasting services “implies pluralism of broadcasting organisations, of ownership of those organisations, and of voices, viewpoints and languages within broadcast programming as a whole. In particular, diversity implies the existence of a wide range of independent broadcasters and programming that represents and reflects society as a whole.” (Principle 3). Furthermore, “licence applications should be assessed according to clear criteria set out in advance in legal form (laws or regulations)”, which must be respected during the decision making process (Principle 21).

Two national organisations, the Slavko Curuvija Foundation and CRTA, have announced their intention to file a lawsuit against REM before the Administrative Court in accordance with the Law on Administrative Disputes and on the basis that the awarding process of TV licences violated the relevant laws and regulations. Such legal action is intended to push the REM to issue TV licences on the basis of the parameters set out by its own guidelines and by national law.

The REM also announced that a fifth TV licence might be awarded later in the autumn. There is speculation that this delay could be intended to favour Hungary’s TV2, which is owned by a key ally to the ruling Fidesz party of Hungary’s Prime Minister Viktor Orbán, to enter the Serbian market. Research conducted by the International Press Institute has shown how Hungarian business interests allied to the government have increasingly been investing in media across the Balkans which are aligned with Fidesz’s political allies, including in Hungarian language media in Serbia.

The MFRR and NUNS stress the impact that REM’s problematic licensing decision will have over media freedom and independence in the country and over Serbia’s citizens’ right to receive diversity of information from a plurality of media. We call for REM to review its decision and comply with national rules and regulations in the allocation of TV frequencies. We urge the Administrative Court to provide a swift response to any legal action taken as a result of this process, in full compliance with international freedom of expression standards. Finally, we stress the need for a comprehensive reform of the REM’s composition to ensure its independence from political interference and its functionality.