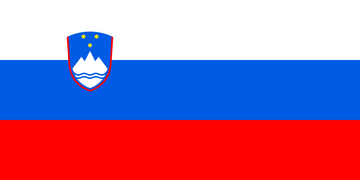 The flag of Slovenia

IPI, a global network of editors, media executives and leading journalists for press freedom, also urged UKOM to ensure that journalists from all media outlets were given adequate opportunity to question ministers at online government press conferences.

On February 3, 2021, Slovenia’s public broadcaster, RTV Slovenija, reported that Bojana Beović, head of the advisory group at the Ministry of Health, was denied permission to appear on its late-night news show Odmevi to comment on false positive results in rapid antigen tests.

RTVSLO reported that in response to emailed interview requests, it received a message saying that UKOM Director Uroš Urbanija had “forbidden” officials from providing answers to media or giving interviews.

It was later reported that Education Minister Simona Kustec, Milan Krek, director of the National Institute of Public Health, and other health officials were also refused permission to appear on commercial television station Kanal A to give interviews on the testing system.

The full statement can be found on the website of IPI .