On Wednesday 7 July 2021, the request to extradite Jonathan Taylor has been formally rejected by the Minister of Justice of Croatia. This decision is a victory for the public's right to be informed, as whistleblowers play a vital role in our democracies 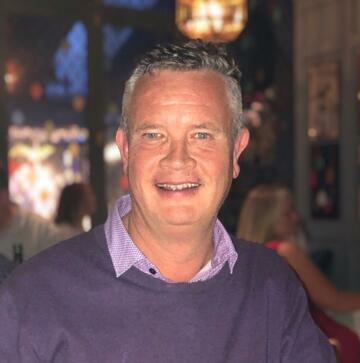 We are delighted to announce that on Wednesday 7 July 2021, Croatian Justice Minister Ivan Malenica formally rejected the request by Monaco to extradite UK whistleblower Jonathan Taylor. Jonathan Taylor’s Support Group extends its gratitude to the Minister for taking the right decision.

The move comes following sustained calls for the past 11 months from human rights and civil liberties campaigners across Europe – and UK MPs –  for his immediate release and safe return home. Legal experts backing the release of Jonathan Taylor said there was no proper legal basis for Monaco to seek Mr. Taylor’s extradition and the process was retaliatory in nature. Lawyers acting on behalf of Jonathan Taylor argued that it constituted an abuse of process.

Jonathan Taylor was arrested whilst on a family holiday in Croatia last July, and has been restrained there since. He has been isolated, away from his family, and unable to support himself or his family, all of which have taken an extreme toll on his mental wellbeing.

A former in-house lawyer for oil firm SBM Offshore based in Monaco, Jonathan Taylor blew the whistle in 2013 on a massive bribery scheme. Jonathan’s whistleblowing disclosures led to SBM Offshore paying over $800 million in fines in the US, Netherlands and Brazil and investigations which led to successful prosecutions of two former CEOs for fraud-related offences.

Yet nine years later, he was arrested on a questionable Interpol Red Notice  whilst on holiday, and wanted for questioning in Monaco over allegations made by his former employer over his settlement. The Red Notice was withdrawn by Monaco last December on the eve of Interpol making a determination on its validity. Jonathan denies wrongdoing and his lawyers have long argued there is no legal basis for extraditing him for questioning as he is neither charged nor convicted of any offences.

“I am of course elated that justice has finally prevailed and I am appreciative that Minister of Justice Ivan Malenica was able to pay regard to the salient legal arguments of my lawyers that were seemingly overlooked by the Courts in making his decision to reject Monaco’s flawed attempt at extraditing me,” states Jonathan Taylor.

“Special thanks go to all my supporters in Europe, overseas and in Croatia who somehow kept me sane in my year of need! Be assured that I remain resolute and proud of exposing serious wrongdoing at SBM Offshore and I will never be intimidated by the corrupt and those that shamefully seek retaliation against me for exposing them. I continue to stand ready to assist the Monaco Prosecutor in the event that a decision is made to pursue those responsible for SBM Offshore’s illicit business practices instead of me.”

We agree with Jonathan. The Minister of Justice of Croatia, Ivan Malenica, carefully considered the position of Jonathan Taylor as a whistleblower and a protected witness. His decision in this case has wider implications for the rule of law in Europe: it is a victory for the public’s right to know about wrongdoing by protecting the messengers of that information. Whistleblowers play a vital role in Europe’s fight against global corruption. Croatia has demonstrated its commitment to the rule of law and to the protection of whistleblowers.

We now call on Monaco to drop any further proceedings against Jonathan Taylor and to focus on the actions of SBM Offshore as a proper target for their investigations.

We wish Jonathan a safe return to the UK where he can begin to rebuild his life.

Baroness Kramer, Co-Chair of the All Party Parliamentary Group on Whistleblowing (UK)

Mary Robinson MP, Co-Chair of the All Party Parliamentary Group on Whistleblowing (UK)

The Platform to Protect Whistleblowers in Africa (PPLAAF)