Urgent letter to Croatian Minister of Justice: Do not extradite Whistleblower Jonathan Taylor

Together with WIN (Whistleblowing international network), we co-signed a letter to the Croatian Minister of Justice 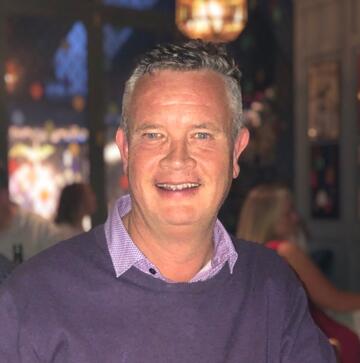 Jonathan Taylor is a whistleblower; he is a witness to a crime who has cooperated with law enforcement bodies in seven different jurisdictions and should be protected as such.  He has been in Croatia for nearly 10 months appealing against a request for extradition from Monaco.  Now that the Supreme Court of Croatia has issued its judgment, the final decision on whether or not to extradite Mr. Taylor is up to you, the Minister of Justice.

The Supreme Court of Croatia fully recognises Mr. Taylor’s status as a whistleblower and for the reasons we set out below, we urge you, the Minister of Justice, to refuse Monaco’s abusive request to extradite Mr. Taylor to Monaco and to allow him to return home to the United Kingdom immediately.

Mr. Taylor is a British national who, during the course of his employment as a lawyer for the Dutch listed oil industry firm SBM Offshore N.V., with its main office in the Principality of Monaco, uncovered one of the largest corruption and bribery scandals in the world that resulted in criminal investigations in the United Kingdom, United States of America, Netherlands, Switzerland and Brazil. His evidence contributed to the company paying fines amounting to over $US800 million and, to date, the imprisonment of three individuals directly involved in the scandal, including the former CEO of SBM Offshore N.V.

Monaco to date has failed to initiate a single criminal investigation into highly credible and well documented allegations of bribery and corruption on the part of SBM Offshore.  Instead, it has targeted the one person who blew the whistle and brought public scrutiny to such widespread financial crimes.

On 30 July 2020, over eight years after blowing the whistle on corruption, Jonathan travelled to Dubrovnik, Republic of Croatia for a family holiday.  He was arrested at the airport on the basis of a communication issued by Monaco on what was originally stated to be allegations of bribery and corruption. Not only do these allegations have no proper basis in law or fact and constitute an abuse of process but crucially, Mr. Taylor, his lawyers and the Croatian Courts have since been informed in writing that Mr. Taylor is wanted for questioning to determine whether or not to charge him.

At no stage did the law enforcement or judicial authorities in Monaco seek his extradition from the United Kingdom, where Mr. Taylor has lived since 2013, until he was apprehended in Dubrovnik, for the very reason that they knew it would not succeed.

Mr. Taylor has made it clear since 2017, when he first became aware that his former employer, the Dutch listed SBM Offshore N.V. had lodged a criminal complaint in Monaco three years earlier, that he would answer any questions the authorities had of him from the United Kingdom, either remotely or in person.  And since his unlawful detention in Croatia, the offer to answer questions there has been repeated on the agreement that he is able to return home to the United Kingdom.

For Jonathan to be returned to Monaco to face questioning in order to determine whether charges should be laid amounts to a clear act of retaliation for his having disclosed the corrupt practices of a major offshore oil firm and one of the largest private sector employers in the small principality.

In March 2021, after the Supreme Court of Croatia partially upheld a second appeal against extradition, the Dubrovnik court was ordered to seek further clarification from the Monegasque authorities regarding the status of the criminal proceedings for which Mr. Taylor was allegedly charged.  A letter from the Director of Judicial Services in Monaco sent on 1 March 2021 confirmed there Mr. Taylor is not charged with anything as there are no criminal proceedings, nor is there any execution of a judgement for which he is wanted – which are the only two valid legal bases for seeking extradition.  In fact, Interpol confirmed yet again on the 23rd March 2021 that Mr. Taylor is no longer subject to Interpol Red Notice. This after Monaco withdrew the arrest warrant in December 2020.

Further, now that Mr. Taylor’s status as a whistleblower has been confirmed by the Supreme Court of Croatia, even if the Minister accepts that conditions for extradition have been met, in light of Croatia’s duties and obligations under the EU Directive on the protection of whistleblowers and the clearly retaliatory nature of the Monegasque request to extradite Mr. Taylor for questioning, we humbly submit that the decision by the Minister should be to reject it.

Croatia is part of the European Union and one of the 27 Member States which must transpose the EU Directive on the protection of whistleblowers into its national legal system by December 2021. The Directive seeks to harmonise protections for those who report wrongdoing and corruption across Europe. It is crucial that Croatia upholds both the spirit and obligations of the Directive to ensure that whistleblowers are protected by law and this includes ensuring they are immune from civil and criminal liability for having blown the whistle. In a case of such serious corruption like this one, it is essential that vital anti-corruption whistleblower protections do not fall down between borders. To do otherwise, allows those involved in corruption to send a chilling warning to whistleblowers and investigative journalists across the globe that undermines all the efforts of the European Union and the Croatian Government to prevent and root out the corruption that undermines the fabric of its societies and the well-being of its people.

For these very important reasons, and because of his protected status as a whistleblower, we, the undersigned, urge you, the Minister of Justice, to uphold the Rule of Law, reject the extradition order and allow Jonathan Taylor to return home immediately.

on behalf of the Jonathan Taylor Support Committee

Baroness Kramer, Co-Chair of the All Party Parliamentary Group on Whistleblowing