OCCRP, the transnational investigative journalism platform against crime and corruption, has devised a system to prevent lawsuits, prevent self-censorship, and defend journalists from gag lawsuits – an actual shield in defence of reporters. Drew Sullivan, co-founder of OCCRP, explains it to us 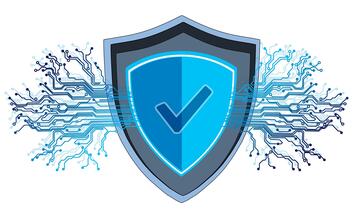 Preventing lawsuits, preventing self-censorship, immediately taking sides in defence of journalists and their work, and above all sparing them from accepting compromises, for instance by softening their coverage or keeping silent about information of public importance. These are the ambitious goals of a legal consultancy and support project that will be active in a few months thanks to an idea of OCCRP , the transnational organised crime and corruption reporting project. Drew Sullivan, co-founder of OCCRP, explains the details from Sarajevo.

Receiving a lawsuit or a claim for damages is part of the risks of the job for journalists handling a highly fragile and controversial matter such as the reputation of the subjects they deal with, be they companies, political bodies, or individuals. But against these risks, as emerged during the Greenpeace symposium which then led to the establishment of the CASE network against SLAPPs, it seems there is no concrete possibility of taking out insurance. Is this the case in all countries?

When we originally pitched this, it was a pure insurance thing: the associate pays a premium and the insurance provides coverage in case of need. But then we realised that if it had worked like other policies – the more accidents you have, the higher the fee – it would have created an intimidating effect on some particularly exposed journalists. So, while we continue to use the term “insurance,” we know it will work differently. In our case, for example, the number of times the assisted person asks for help will be irrelevant, it will be assessed on a case-by-case basis and efforts will be made to protect journalists regardless of the number of complaints they receive, and the costs this implies.

The thing about it is, there are millions of dollars and Euros that are going out in legal protection, but these investments do not cover all risks. And so what we are effectively starting here is a media defence fund that also tries to act preventively, we try to act in advance.

Timing of intervention is a key element in the case of gag lawsuits aka SLAPPs, as confirmed by the fact that the package proposed by the EU Commission invites the judicial system to recognise them immediately, before a trial is set up, and to close those cases where the public interest is at stake. How much does timing influence your project?

Fundamental. Our goal is to act preventively, not only before it comes to a trial, but also before it comes to a lawsuit. Journalists will not self-censor, because they know they are going to be protected in the event of a lawsuit, so there will be more stories published, fewer intimidated journalists, more participation from the public.

And this because the services provided will include legal advice on the contents of the investigations: a review will be done before publication, contributing to the verification of the facts. This way we will also address any issues with journalistic standards, with ethics. We will ensure that once the story is published it is bullet-proof, and this will be done by the same lawyers who would then find themselves defending it before a judge.

On the other hand, the threat remains from the perpetrators of gag lawsuits, politicians who do not accept criticism, companies who want to act undisturbed, local lords who resent journalistic investigations, even if they are documented. How do you plan to face these opponents?

The third strength of our project is the deterrence component: we think that the very existence of our shield can somehow discourage the powerful from wanting to target investigative journalists. At the moment the situation is unbalanced, like David and Goliath, because the oligarchs, the politicians intolerant of criticism, and the powerful know they are stronger, they know that journalists have no money. If, on the other hand, we can provide the best lawyers, then things will change and it will not be so easy to intimidate reporters with a lawsuit or damages claim.

I would also add that the philosophy of our network of investigative journalists has always been this: when we get sued, not only do we not stop, but we write even more. We carry on with our investigations with even more determination – the idea is not to back off but to head on. And this, in our opinion, protects us even more. Our network is currently facing 41 lawsuits, and they are all SLAPPs: we are convinced that we will win them all, because our investigations are the result of months and months of attention and verification. But the timing of justice is an element of concern in all countries.

Speaking of countries, how will the legal shield work in the different justice systems?

Our intention is to cover the whole world, except for places such as China, Russia, North Korea, where it would just be a waste of money as there is no hope to get justice. In most other countries the shield will be in contact with other support networks, with local lawyers; we have already started fundraising, 9 million dollars have come from US donors, we will be announcing the name of the person who contributed 2 million dollars soon, the goal is to reach 20 million so the shield can go live immediately, and then self-support with membership fees. It will not be managed by us at OCCRP, but it will have a life of its own.

We are very much counting on the usefulness of this new system, also because we are currently having difficulty helping our network when cases come from abroad and are much more expensive than national cases.

You have dual Irish and US citizenship, and work from Sarajevo, have been a journalist but also have a degree in aerospace engineering and have been an actor and stand-up comedian as well as a musician. What is your opinion of journalism and the changes of recent years?

Journalism has changed because we no longer just sell newspaper, we are more akin to human rights defenders. Journalists are an integral part of civil society, they have a new role in defence of democracy, transparency, truth, and economic and social justice. So we also have to be flexible to fulfill our role in society. But we must be careful not to set ourselves up as judges, we are not a jury. We have to limit ourselves to telling the truth, “the truth in the run” as I like to say, but we also have to respect limits. For this we need the contribution of everyone, artists, writers, comedians – they too make sure that journalism contributes to the health of democracy.

A conviction for KRIK in Serbia

The OCCRP network is managing 41 lawsuits, including 11 involving KRIK journalists in Serbia, for damages up to 800,000 dollars – three times the newspaper's annual budget. A few days ago, KRIK lost one, but the case is controversial and solidarity with KRIK has come from various NGOs at an international level. A concrete demonstration of solidarity has come from other newspapers, which have republished the article targeted by the lawsuit, thus exposing themselves to the same risks. These are Danas, N1, Nova, Cenzolovka, Glas Sumadije, JUGpress, Autonomija and Ziginfo.