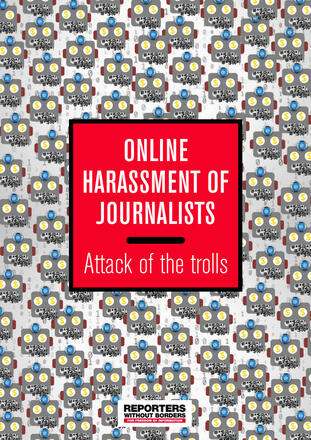 The phenomenon of threats and insults, coming from ordinary trolls or from professional ones, to journalists on social networks in order to silence them is spreading throughout the world.

In Mexico, the most dangerous country for journalists among those at peace, “troll gangs” and bots drown journalistic content in fake news and applause for their candidates. Journalist Alberto Escorcia received death threats for shedding light on this system. In India the Hindu nationalist Bharatiya Janata Party (BJP) of Prime Minister Narendra Modi uses troll called “yoddhas” (“fighters” in Hindi) to attack and harass journalists online.

Harassment and false information can be spread by bots in synchronized attacks. Posts can appear to be originated by genuine grassroots participants (this technique is called “astroturfing”). There are companies that sell retweets and assist with email bombing. Hate messages tend to be viral, and fake news spread more rapidly than real news. Sometimes a post by an account with many followers is enough to start a mass attack. Insults sometimes follow non-insulting attacks by officials or politicians.

Online harassment of journalists is a problem even in the countries which are best ranked in the World Press Freedom Index. Social network polarization contributes to the problem. Individuals may become trolls because of crowd psychology, but sometimes troll attacks and harassment campaign are organised by companies, terrorist groups or public authorities. Troll armies or paid commentators have been used by some 30 countries, including Russia, China, Turkey, Algeria, Iran, Egypt, Vietnam and Thailand.

RSF makes recommendations to governments, international organizations, online platforms, media organizations and advertisers. The recommendations include strengthening laws authorizing prosecution for online harassment of journalists and the responsibility of online platforms in regard to the content shared on their networks. Journalists should also learn how to deal with troll armies: RSF’s report includes a tutorial.