FOIAs are an important instrument for investigative journalists, who are however endangered by the lack of anonymity of the process to access public documents and can be subject to intimidations submitting their phone number and postal and home address 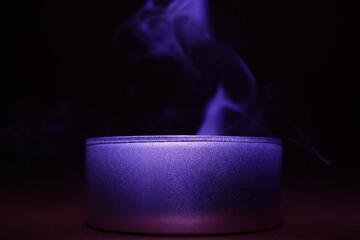 Written by Sofia Verza, PhD candidate at the University of Perugia

Immanuel Kant, in one of his masterpieces the “Perpetual Peace” (1795), considered the concept of transparency as one of the fundamental principles that could guarantee international peace among nations: according to the German philosopher, knowing the intentions of the potential enemy would prevent potential conflicts.

The right to access public information- also known as freedom of information or “right to know”- derives from the transparency concept. The fundamental premise of this right is that information held by public offices is in principle public and may be concealed only on the basis of legitimate reasons which should be detailed in the law. For this reason, according to the basic model of the American Freedom of Information Act (FOIA) (1967), such information can be asked not only by who has a specific juridical interest involved in the fact under scrutiny, but by any citizen.

It may be claimed that certain citizens have more interests than others in seeing public information disclosed since they represent collective interests (super-individual rights): this is the case for journalists, embodying the collective right to receive information by disseminating and reporting them (Roşiianu v. Romania , 2014). That is even more true when such information concern public organs or personalities, which is at the core at the concept of accountability, crucial for the healthy functioning of a democracy. In this regard, we again go back in time since accountability was already provided by Art. 15 of the French “Declaration of the Right of Man and of the Citizen ” (1789): accordingly, “society has the right to require of every public agent an account of his administration”. However, the European FOIAs do not rely on a public interest test when balancing between the right to access information and other rights that may be endangered disclosing the requested material (e.g. commercial secrecy, privacy, national security).

Such balance is instead based on an harm test: can the disclosure concretely harm the opposing interest? For this reason, journalists enjoy no qualified right to access public information. On the contrary, submitting a FOI request- a very useful instrument for investigative journalists - could be risky since the applicants are generally forced to submit personal information such as his or her name and address (postal or e-mail) to the public offices they deal with for the FOI procedures.

The lack of anonymity is a risk

This was probably the case for the Slovak reporter Jan Kuciak, who was murdered in his house in February 2018. Kuciak was working for Aktuality.sk together with the Organized Crime and Corruption Reporting Project (OCCRP) on the Italian mafia organization ‘Ndrangheta infiltrations in his country. His colleague Marek Vagovic told OCCRP that “all his drafts, notes and evidence were encrypted. That’s why I think the information was leaked by the police, prosecutors, courts, or office workers he sent information requests to, stating his personal details, such as his home address,” Vagovic said. “The institutions that Jan was approaching could see from his FOI requests what he was interested in and moreover, what else he knew. They could deduce it and share it with the [third] subject”.

Basically, public authorities could leak out sensitive information to the third subjects whose data are involved in the FOI request, be them private citizens with a public role or companies. In Italy for example, an eventual third subject whose interests are involved in the access request should be notified about its existence and can oppose it - justifying such opposition - in the 10 days following the notification (Art. 5 of Law Decree 97 of 2016 ). Therefore, not only he or she will get to know the fact that a journalistic investigation is ongoing, but furthermore the public office forwards to the third subject all the sensitive documents related with the access request, including the journalists’ name and address.

Several journalists report to have received intimidating calls from the people they were investigating on or from officials discouraging them from continuing their search for information. This was the case for an investigation by the Investigative Reporting Project Italy (IRPI) on waste smuggling.

All the EU countries except Luxembourg adopted FOIAs as well as the European Union , but they vary both with regard to their founding principles and to the practical procedures that should be followed to submit an access request. Most of these laws do not address the problem of protecting the applicant. When speaking about privacy and FOI, the former is referred to the third party’s privacy , namely the potential disclosure of personal data contained in the requested documents. This is true in various EU countries, for example Italy , Germany (Sections 5 and 8 of the Federal Act Governing Access to Information held by the Federal Government ), Romania and Belgium .

As far as it concerns asking for the postal address of the applicant, it is sometimes justified with the need of verifying her or his effective national citizenship, since freedom of information is in some countries granted to citizens only. “However, the need of specifying your address or even your identity should not be compulsory since FOI is theoretically granted to anybody, thus not requiring a specific indication of identity” underlines Riccardo Coluccini - journalist and privacy expert - speaking about the Italian case. Anyway, not specifying the identity or using a pseudonym could prevent the applicant from exercising her or his legal right to appeal an eventual rejection.

Specifying the fact of being a journalist can increase the chances to receive an answer from the public office. However, the civil society organization Access Info Europe suggests journalist to hide their real request in a more general one, not to disclose the fact they are working on a particular story. A way of guaranteeing anonymity to the applicants could be enhancing the use of front end offices, or platforms such as asktheeu.org, that permit to submit online information requests to the relevant institutions: they could be improved in order to make the name of the applicant anonymous. Already, “Ask the EU ” strongly suggests “not to put any personal information in the body of the request. That includes not putting your phone number, home address, email address or other personal or family or work details”, underlying you don’t need to give any of this information in order to exercise your right to information.

Journalists should also call for public officers to make their FOI requests anonymous before forwarding them to third parties, underlying they otherwise fear to be threatened. Of course, the effectiveness of such a request depends solely on the public officer’s discretion. This was the case for Luca Rinaldi, an Italian investigative journalist whose data were actually deleted from the forwarded documents, although his email address was inserted as cc in the mail exchange between the public officer and the third party.

As the latter example conveys, public officers should be regularly trained on how to deal with FOI requests and about their potential of endangering the applicant’s security. Such a lack of awareness was clear in the case of Maurizio Bolognetti, an Italian journalist investigating on oil pollution who managed to get relevant documents published in the Region’s website Basilicatanet.it . However, his ID and sensitive data were also uploaded online for a few hours.

Finally, it would be important, in the near future, to witness regional and national Courts’ pronunciations not only looking to third parties’ privacy, but also to the applicant’s one, in order to avoid dangerous disclosures of journalists’ sensitive data to the people who have the major interest in obstructing their work.

The managements of FOI of the kind explained above can be considered a form of abuse of laws designed for enhancing the rights of citizens. For this reason the possibility of submitting anonymous access requests by some categories of citizens should be envisaged.

Here are the Wikipedia pages on “Access to Public Information” that Osservatorio Balcani e Caucaso Transeuropa has been creating or updating within the “Wiki4MediaFreedom ” project. Several NGOs working on the right to access information and freedom of information offer useful tips and sometimes legal assistance to journalists, such as Access Info Europe , Transparency International , Right2INFO.org .