The 2017 World Press Freedom Index shows that media freedom is increasingly at stake, not only in authoritarian countries 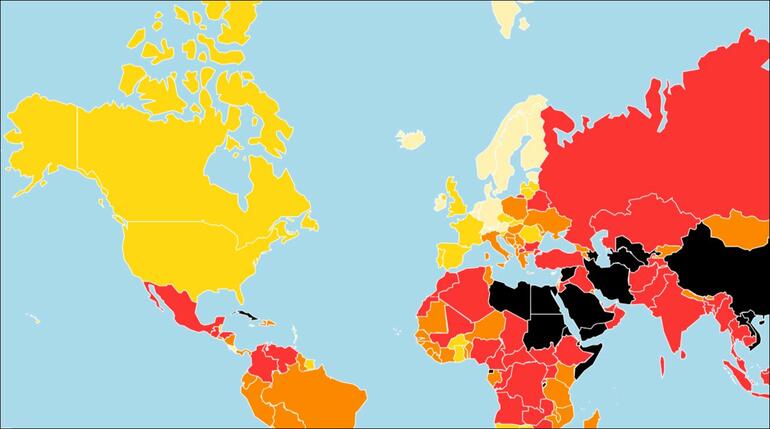 Media freedom’s erosion is particularly visible in the European democracies, 2017 World Press Freedom Index warns. The analysis attached to the latest version of the Index, released on April 26th, 2017, points to a series of elements which have emerged as novel, pernicious threats to media freedom across the world.

Poisonous rhetoric and other political pressure are by no means the exclusive of US president Donald Trump. In Europe too, several examples can be named, starting with Nigel Farange in the UK – whose Brexit campaign was heavily based on attacks on the media – and moving to Italy to consider Beppe Grillo's Five Star Movement, who “says he prefers blogging to answering tiresome questions from the journalistic “caste” and has called for the creation of a people’s jury to determine the truth of reports in the media”.

Traditional methods of political pressure obstructing the media’s work persist as well. The most remarkable case, according to RSF, was undoubtedly in Finland, where “the enraged prime minister meddled in public broadcaster Yle’s programming to prevent coverage of a possible conflict of interest in which he was involved”. Old-style government interferences have been recorded in Poland in the last year, where “the controversial reforms carried out by ultra-conservative Law and Justice include bringing public radio and TV broadcasters under its control, replacing their directors, and turning them into propaganda outlets. Several independent publications opposed to its reforms have been throttled economically. Now, despite widespread criticism, the government has announced plans to “re-Polishize” foreign-owned media outlets.”

Security measures and pervasive surveillance threaten to jeopardize journalism watchdog role in Europe, too. In Germany, “the Bundestag passed a law in October 2016 extending the mass surveillance powers of the Federal Intelligence Agency (BND) without making any exception for journalists”, the analysis notes. It was also in late 2016 that the United Kingdom (down 2 places at 40th) adopted a new law extending the surveillance powers of the British intelligence agencies.

Meanwhile, 2016 was a crucial year for whistleblowing, with the LuxLeak verdict setting a negative example of protecting whistleblowers and therefore also investigative journalism.

The past year also saw a continuation in the trend for media ownership to become concentrated in ever fewer hands, which is exacerbating the media’s dependence on political and economic power holders. In France, ownership of the leading media outlets has never been so concentrated, while public funds have been seen to be used to create obstacles against opposition media outlets in both Poland and Hungary.

Finally, increasingly harsh obstacles are met by reporters working on the field, partly due to security motivated provisions (be it the “gag law in Spain” or restriction imposed on journalists trying to cover the dismantling of the “Calais jungle” in France) or by openly repressive measures such as in Turkey following July 2016 attempted coup.