BIRN’s Last Despatches series tells the stories of some of the reporters killed during and after the 1990s war in the Balkans, and highlights how attempts to secure justice for them have not yet succeeded 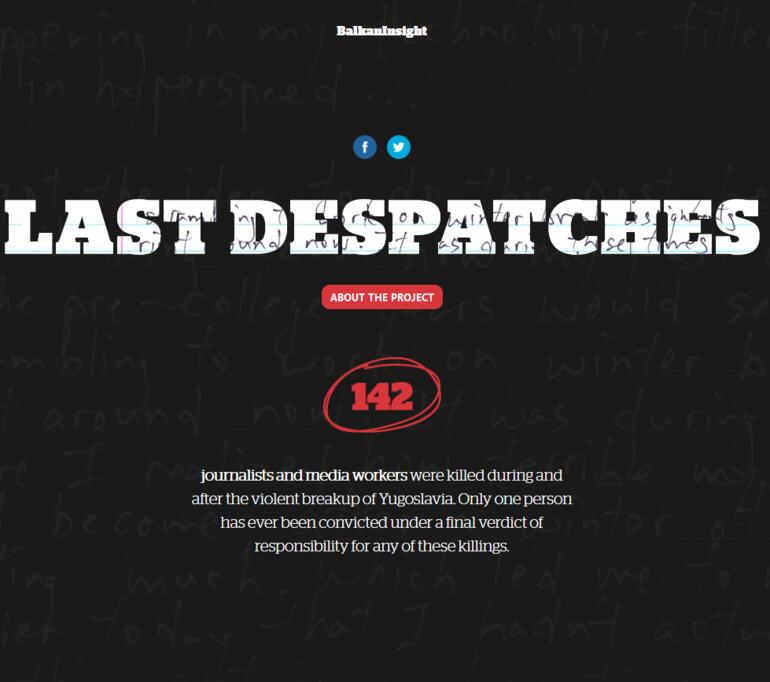 The online archive collects the stories of some of the 142 journalists, some of them foreigners who went to the Balkans to cover the conflicts, who were killed during their activity. Attempts to secure justice for them were blocked “mainly because of official negligence or disinterest, or sometimes because their deaths still raise questions about people with connections to the highest levels of power in the Balkans today”.

“Some of these journalists were killed while reporting from the front lines of the conflicts, while others were gunned down in the streets of their hometowns, or killed in their own offices”.

“Only one person has been convicted under a final verdict of responsibility for any of these killings – Serb paramilitary boss Dragan Vasiljkovic, alias ‘Captain Dragan’, who was found guilty of an attack in Croatia in which a German journalist died”.

The Last Despatches series is part of BIRN’s Transitional Justice Initiative, co-funded by the Kingdom of The Netherlands and the European Commission.