The Media Pluralism Monitor (MPM) is a tool developed by the Centre for Media Pluralism and Media Freedom to assess the risks for media pluralism in 32 European countries (27 EU Member States and 5 candidate countries). In its 2022 edition, it confirms the findings of the previous years 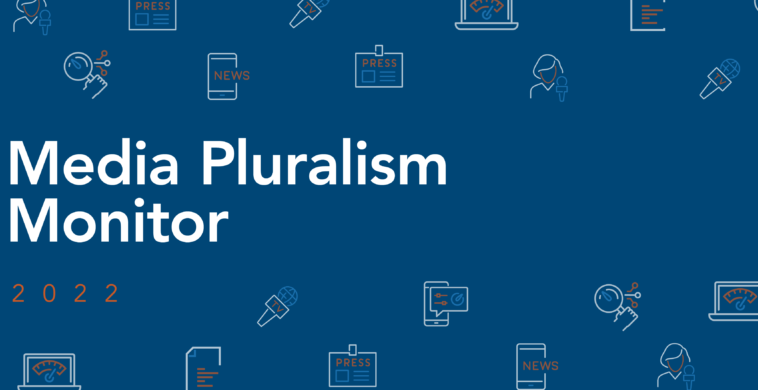 The tool takes into account the legal, political and economic variables that affect the level of plurality in media systems. The assessed risk scores are grouped as low (0-33%), medium (34-66%) and high (67-100%) across four areas: fundamental protection, market plurality, political independence and social inclusiveness.

The MPM2022 has a new peculiarity, as a general ranking has been introduced. Only Germany is at very low risk, while Malta, Montenegro, Romania, Greece, Serbia, Slovenia, Bulgaria, Hungary, Poland and Albania are flagged as high risk countries.

The general risk score in fundamental protection remains at 35%. Turkey is the only country which scores a high risk in this area: the high number of imprisoned journalists, together with a lack of judiciary independence, are of particular concern. The transposition of the EU Directive on the protection of whistleblowers determined a better score in some countries, but the working conditions for journalists continue to deteriorate due to an increase in different categories of threats, such as SLAPPs, surveillance and hate speech. Online platforms’ lack of transparency is leading to increased worrying in the field of content moderation. The absence of an anti-SLAPP framework determined a deterioration of the indicator “journalistic profession, standards and protection” in Croatia and Greece.

The market plurality area shifted towards high risk in MPM 2021, and it is still registering the highest level of risk (66%). Economic threats are the major cause of concern, and they are associated with the decline in advertising revenues, the impact of Covid-19 and the digital platforms’ dominance in the online advertising market. Market concentration is growing, while transparency in media ownership is improving thanks to the transposition of the Anti-money laundering Directive and the establishment of media ownership registers in some Member States.

Political independence is on average at a medium risk (49%), but it is at high risk in 8 out of 32 countries. Concerns remain particularly high with regard to PSM governance, funding and state advertising in Central, Eastern and Southern Europe. The editorial autonomy indicator continues to be the one with the highest score in this area. Moreover, in half of the countries analysed there is evidence that the appointments and dismissals of PSM management are politicised. The online media environment still lacks adequate rules for political advertising regulation and different techniques to influence political opinions are used.

Slight improvements in the area of social inclusiveness are reported in comparison with the previous edition, and the indicator average risk is estimated at 54%. The risk associated with the indicator “access to media for local/regional communities and for community media” has decreased thanks to the public subsidies provided to help local and regional media in the context of the pandemic. Women continue to be underrepresented in the media industry and in management positions. In almost half of the countries analysed there is no comprehensive gender policy in the PSM.