A three year analysis by the Organized Crime and Corruption Project unveils transparency and corruption issues in media ownership structures in Eastern Europe, the Balkans and the former Soviet Union 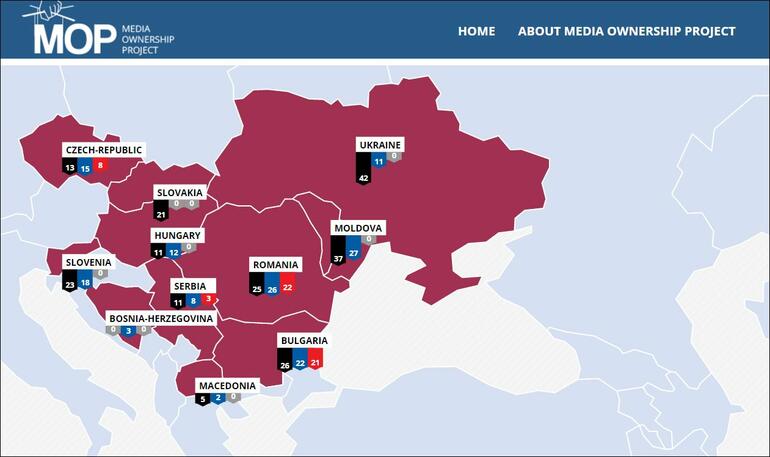 A total amount of 530 media outlets have been taken into consideration, out of which 216 present a non-transparent ownership structure. 144 of the examined outlets have political connections and 54 of them are connected to organized crime.

Each media outlet has been examined taking into account the transparency of media ownership, its connections to politics and/or organized crime. An ownership tree summary details the names of the companies and individuals involved.