“Predatorgate”, dozens of Greek ministers and journalists under surveillance

New revelations reopen the surveillance scandal in Greece: dozens of journalists, politicians, and entrepreneurs were targeted by secret services and spyware. Who gave the orders? 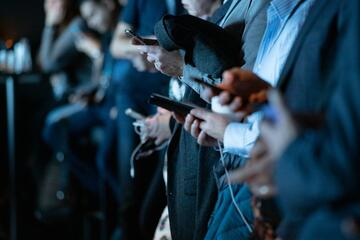 Shortly after 10 am on Sunday 6 November, the weekly Documento is already nowhere to be found in several newsstands in the centre of Athens – an exceptional event in a country where newspaper sales are not exactly booming. The reason is a scoop about 33 famous characters whose communications, according to sources "reliable above all doubt", were intercepted and placed under surveillance.

The "Documento List" includes not only opposition figures and journalists critical of the government, but also businessmen, politicians, and publishers close to Prime Minister Mitsotakis, and even ministers of the New Democracy government. The new revelations open yet another disturbing chapter in the surveillance scandal better known as Predatorgate, from the name of the spyware used.

Last August, Mitsotakis admitted that the secret services (EYP) had been monitoring Nikos Androulakis, leader of the PASOK opposition party. The Prime Minister had claimed monitoring was legal (while declaring himself ignorant) while acknowledging its political inappropriateness, but had assured that the Greek authorities were not involved in the use of the spyware Predator on both Androulakis and journalist Thanasis Koukakis. The files in the hands of the EYP and relating to these two cases have inexplicably been destroyed.

However, InsideStory reporters have identified a network of personal and business relationships linking the Secretary General of the Prime Minister's Office and Mitsotakis' nephew, Grigoris Dimitriadis (who resigned following Androulakis' surveillance), to Intellexa, a company based in Athens which trades spyware in Greece.

The investigation, however, had reached a dead end. The parliamentary commission charged with investigating the case, made up mostly of members of the ruling party, worked behind closed doors and without consulting some of the key witnesses. "Opposition allegations relating to a scandal related to the legal surveillance of Androulakis’s phone and EYP operations have collapsed like a house of cards", New Democracy wrote in its conclusions. The use of illegal spyware by the authorities was once again categorically denied.

The new revelations belie this version of events. According to the information cited by Documento, the targets were placed under surveillance by the EYP in order to ascertain their frequent contacts and their relationships. Once this first phase was completed and the objectives identified, Predator came into play, able to access any information on the infected device.

A coordinated surveillance system emerges, in which secret services work in concert with private actors who trade and operate spyware. The deus ex machina, says Documento, would be Prime Minister Kyriakos Mitsotakis, to whom the EYP has been reporting directly since 2019.

The list of targets does not only include opposition members such as Androulakis himself and SYRIZA MPs Olga Gerovasili and Christos Spirtzis, but also members of New Democracy and even of the government in office, such as Foreign Minister Nikos Dendias, Economic Development Minister Adonis Georgiadis (supervised together with his wife Eugenia Manolidou), Finance Minister Christos Staikouras, and Labour Minister Kostis Hatzidakis. Among politicians, the names stand out of former Prime Minister and New Democracy leader Antonis Samaras and former EU commissioner Dimitris Avramopoulos.

There are also journalists: in addition to the already well-known case of Koukakis and Antonis Dellatolas, the list includes the director of the Kathimerini newspaper, Alexis Papachelas. Shipowner and entrepreneur Evangelos Marinakis would have been indirectly monitored through people close to him such as Theodoros Karipidis, president of the Aris Thessaloniki football team. According to Documento, Karipidis received four decoy messages between June and November 2021 with the aim of installing Predator on his device following the click on an infected link.

Asked by the weekly, many of the interested parties refrained from commenting, or said they were unaware of the facts. But the presence of names close to the Prime Minister could soon turn the story into an issue of leadership within New Democracy. In an interview given the day after, Mitsotakis spoke of "incredible lies", dismissing the latest news developments as "a shame. and a disaster". The government has also said it is ready to legislate against spyware trade in Greece.

A matter of democracy

The new revelations have brought the case back on all the front pages. The daily Ta Nea, owned by Evangelos Marinakis himself, headlined at the beginning of October "Wiretapping, the end of the story". On November 7, the front page read "Shed light immediately".

The only ones who have never dropped the story are the associations for the freedom of the press and investigative journalists, often at the expense of their own safety. Anastasios Telloglou, InsideStory investigative reporter, recently said he worked on the case “in conditions of absolute solitude”  and in the face of constant intimidation, including not too covert stalking and an attempt by someone presenting as a police officer to access his car in a parking lot in Athens.

Apart from obstructing and monitoring journalists, the Greek authorities have done nothing to facilitate the work of the institutions charged with uncovering the truth. This was highlighted by MEP Sophie in 't Veld at the end of the Greek mission concluded a few days ago by the PEGA commission, established to shed light on the use of spyware in EU states. “What is at stake is not just the privacy of individuals – she added regarding the Greek case – but our democracy and our free society as a whole”.