Fifteen organisations condemn the lawsuits brought by ENRC against the Financial Times, Harper Collins, and journalist Tom Burgis in London

The undersigned organisations express their serious concern at the legal proceedings that have been filed in a UK court against journalist and author Tom Burgis, his publisher HarperCollins, and his employer the Financial Times (FT) 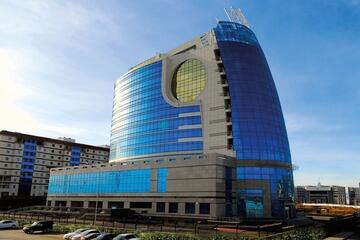 Two lawsuits have been filed by Kazakh multinational mining company, Eurasian Natural Resources Corporation (ENRC), for what it claims are a series of “untrue” and “highly damaging” allegations made by the defendants about the company.

The first lawsuit, against Burgis and HarperCollins, centres around multiple passages in Burgis’ 2020 book Kleptopia: How Dirty Money is Conquering the World. The second lawsuit, against Burgis and the FT, relates to two FT articles by Burgis, eleven Twitter posts by Burgis based on the articles, and an FT podcast in which Burgis was interviewed about his investigation.

“We are extremely concerned that the lawsuits against Tom Burgis, HarperCollins, and the FT are Strategic Lawsuits against Public Participation (SLAPPs). SLAPPs are a form of legal harassment used by those with deep pockets to silence journalists and other public watchdogs by exploiting intimidatingly long and expensive legal procedures,” the undersigned organisations said.

The lawsuits filed in London follow earlier legal suits by ENRC in US courts against HarperCollins seeking disclosure of wide-ranging information relating to the publication of Burgis’ book and newspaper articles published in the FT. In the London lawsuits, ENRC claims that the publications defamed the company, including by falsely suggesting that it was involved in the deaths of two whistleblowers (former ENRC employees), whose bodies were found at a motel in Missouri in 2015.

A criminal investigation by the UK’s Serious Fraud Office into alleged corruption within ENRC opened in 2013 and is ongoing. It is understood to be focused on allegations of fraud, bribery and corruption around the acquisition of substantial mineral assets in the Democratic Republic of Congo and elsewhere. No charges have yet been brought. ENRC denies all allegations.

Since the SFO announced its investigation, ENRC has initiated a wave of more than 18 legal proceedings in the US and the UK against journalists, lawyers, investigators, contractors, and a former SFO official and the SFO itself. In June 2021, twenty-two organisations issued a statement condemning the ENRC’s lawsuits against public watchdogs.

“The lawsuits against Burgis, HarperCollins, and the FT are the latest in a deluge of litigation brought  by ENRC as it attempts  to robustly challenge corruption allegations,” the organisations said. “We are extremely concerned that ENRC’s legal tactics are a further attempt to silence those who interrogate any possible links between the company and incidents that warrant proper public scrutiny.”

“We urge the UK government to consider measures, including legal measures, that would protect journalists and other public watchdogs from abusive legal actions that are aimed at silencing them,” the organisations concluded. “Our democracy relies on their ability to hold power to account.”

The legal proceedings against Burgis, HarperCollins, and the FT were filed at the High Court of Justice of England and Wales on 27 August. The first hearing has yet to be scheduled.

Note to editors: ENRC was listed on the London Stock Exchange until 2013, when it became embroiled in controversy over governance issues and went private. Today it is owned by Eurasian Resources Group registered in Luxembourg. The ‘Trio’ who own the majority shares in ENRC (now ERG) are Alexander Machkevitch, Patokh Chodiev and Alijan Ibragimov. Mr Ibragimov died in February 2021. The Kazakh state owns an estimated 40 percent of the company.

Campaign for Freedom of Information in Scotland (CFoIS)

Rights and Accountability in Development (RAID)

The European Centre for Press and Media Freedom