Greece: Letter to Grigoris Dimitriadis, SLAPP Politician of the Year 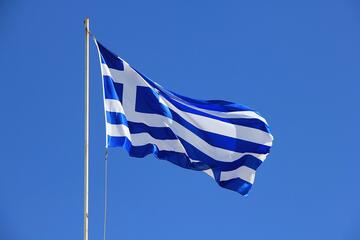 The undersigned international media freedom and journalists organisations are writing to you to express our shared concern about defamation claims filed against investigative journalists and media outlets following your resignation from the role of general secretary in the office of the Greek Prime Minister in August 2022.

The defamation lawsuit you filed against newspaper Efimerida ton Syntakton (EFSYN), investigative online portal Reporters United and their reporters Nikola Leontopoulos and Thodoris Chondrogiannos, and freelance journalist Thanasis Koukakis, is both retaliatory in nature and unfounded in merit.

Rather than a good faith effort to seek appropriate legal redress, we are concerned these lawsuits - ranging from between €150,000 and €250,000 - appear to be more an effort to punish the media whose investigations into your links with a company caught in the middle of a spyware scandal appear to have led to your resignation.

Demands for the articles of both independent media which published on August 4, 2022 to be removed from their respective websites are a clear attempt to muzzle professional investigative reporting on a matter of significant public interest and erase their revelations.

The legal action taken against Thanasis Koukakis, a journalist who was previously targeted with the Predator spyware marketed by the very firm you were established to have connections with, over his simple retweet of an investigative report, is a startling example of vexatious litigation.

We note that on 20 October you were awarded the ‘SLAPP Politician of the Year Award’ 2022 by the CASE Coalition at its European Anti-SLAPP contest 2022.

Upon your receival of this SLAPP award, we now take the opportunity to write to you directly to urge you to withdraw the legal complaints against all three journalists and both media outlets and to refrain from weaponizing the law to target public interest journalism in the future.

The case is a matter of serious concern amongst international journalists’ and media freedom organisations, European NGOs working on SLAPPs, and MEPs at the European Parliament and serves only to further erode media freedom in Greece at a troubling time.

Our organisations will continue to monitor the situation closely and push for full accountability for the recent abuses of spyware in Greece, as well as the development and implementation of effective anti-SLAPP legislation at the EU, Council of Europe and national levels. We hope to see your response soon.