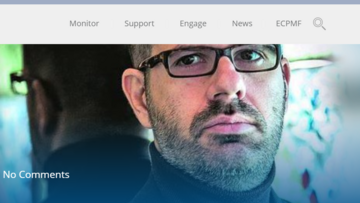 On 27 June 2020, Gafà, a former person of trust in the Office of the Maltese Prime Minister, issued a threat against Scavo of the newspaper Avvenire. In response to a tweet posted by AlarmPhone, an independent support organisation for people crossing the Mediterranean, Gafà called on the organisation to “stop your dirty business”. When Scavo responded, questioning the former official’s record, Gafà called for him to “stop your dirty business. If not, we will be stopping you.”

According to the Maltese magistrate, Scavo’s initial response to the tweet did not indicate he had perceived it as a threat. To support this, she noted that Scavo did not file a police report in Italy, although he has been under police protection following threats related to his reporting on immigration and organised crime since October 2019. In his defence, Gafà had said that he did not have the intention to threaten Scavo and that his tweet was a political comment about illegal immigration directed towards AlarmPhone. Overall, the judge found there was insufficient evidence to support the criminal charge and acquitted Gafà.
“We take note of this verdict,” commented Scavo. “This process has given me an even deeper insight into the Maltese situation and the climate of severe tension and continuous de-legitimisation in which the island’s journalists are forced to work.”

We recall that verbal threats from government officials and high-profile individuals, in particular, demonise the media and independent scrutiny and can, if left unaddressed, lead to physical acts of violence and reinforce a message of impunity. In Malta, years of verbal threats, attacks on her home, vexatious legal actions and other forms of harassment preceded the assassination of investigative journalist Daphne Caruana Galizia.

This is a worrying trend across Europe. Since March 2020, 173 alerts on Mapping Media Freedom in 26 EU member states and candidate countries pertain to harassment and psychological abuse directed at journalists and media workers due to their work. In addition to increasing the risk of physical violence, these threats can encourage journalists to step back from their work and avoid sensitive but necessary avenues of investigation and reporting.

Criminal proceedings holding those who threaten and harass journalists to account are exceedingly rare across Europe. In this regard, we have previously welcomed the judge’s recognition of the editorial staff of Avvenire and the National Federation of the Italian Press (FNSI) as civil parties in this criminal trial. This appropriately acknowledged the chilling effect on media freedom of threats against a reporter, beyond the immediate case at hand. Furthermore, the judge specified in the sentence that the freedom and independence of the press are a bulwark of democracy and that, specifically in Malta, investigative journalism has brought serious corruption, discrimination and abuse of power to light.

In light of these circumstances, ECPMF believes that Gafà’s acquittal today is not only an injustice to Scavo. In failing to recognise how journalists are pressured and intimidated, it is also a disappointment for everyone who considers that receiving threats and insults should not be a routine “part of the job” for journalists.