The Media Freedom Rapid Response (MFRR) and its partners express today their concerns about hostile rhetoric used against an independent journalist by Dutch political party Forum for Democracy (FvD). Such problematic language creates an intimidating climate for public interest journalism, normalises both online and physical targeting of the press, and can lead to self-censorship amongst the journalistic community. We urge the FvD to put an end to its dangerous smear campaign against independent media 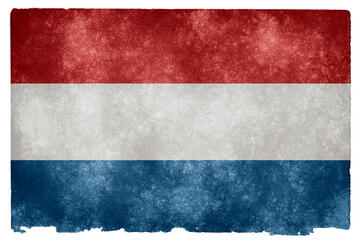 On October 23, a 10-minute video called ¨Sewage rats unmasked¨ was published on social media by FvD. The video features Dutch MP Gideon van Meijeren, who posted the video with the accompanying text: "Activists who conduct sewage journalism can no longer get away with their lies, disinformation and fake news. Time for a counterattack." The video singles out national television channel SBS6´s political reporter Merel Ek, who had asked Van Meijeren a question about the meaning of the word ´liquidate´ a week before. In the video, Van Meijeren says this to be the first episode of a series in which ¨sewage rats¨ are unmasked. He expresses his hope that the unmasking of ¨sewage journalism¨ has a preventative function; ¨Because as long as those journos keep getting away with their disgusting practices, they will continue to do so unabashedly. A confrontation is therefore unavoidable¨. He portrays the political reporter as a ¨sewage journalist¨ and when walking across various press offices comments on the ¨incredible sewage smell¨.

The video is highly intimidating and is detrimental for the safety of journalists in the Netherlands. This hostile political rhetoric against journalists was one of the concerns that gave rise to the MFRR fact-finding mission to the Netherlands in February 2022. It fits in a broader problematic trend in the Netherlands where public figures denounce the free press. In 2021, Partij voor de Vrijheid’s (PVV) party leader Geert Wilders tweeted that ¨all journalists are scum bags - with some exceptions”. FvD´s party leader Thierry Baudet retweeted this. Such rhetoric, combined with increasing polarisation, fraying trust in mainstream news sources and conspiracy theories about the role of the media, contributes to growing anti-press sentiment stewing on social media networks, leading to threats against journalists both online and on the streets. Moreover, the (online) harassment that typically follows can lead to self-censorship. The attacks on the media and journalists were reflected in RSF’s 2022 World Press Freedom Index which ranked the Netherlands 26th as opposed to the 6th place in 2021.

The recent video led to many statements from public officials and the journalistic community. Prime Minister Mark Rutte described the video as an all-time low: "In a democracy, journalists should be able to do their job without being discredited." Multiple ministers and leaders of political parties have denounced the intimidating rhetoric used in the FvD video. Thomas Bruning, the Secretary of the Dutch Journalists Union (NVJ), has shared serious concerns about the impact this may have on journalistic freedoms, and has expressed the need for a discussion within the journalistic community about how to deal with these forms of intimidation. The NVJ is exploring whether legal steps can be taken.

We welcome swift denunciation of this rhetoric and the vocal support given to the journalist by democratic political officials and figures and the wider journalistic community in the Netherlands. To improve the safety of media staff in the Netherlands moving forward, the MFRR and its partners deem it imperative to identify concrete next steps to ensure that such hostile comments and inflammatory messages, which have proven to be detrimental to the general safety of media outlets and individual journalists, are the subject of thorough investigation by the Dutch authorities. It is crucial that such an investigation is not only limited to the video content itself, but also looks at criminal offenses that can follow in the aftermath of such a video such as online harassment, personal commentary and doxxing. The Dutch authorities must provide transparency about the outcomes of such an investigation, to contribute to the broader discussion.

We also call for the issue to be high on the agenda during the upcoming plenary parliamentary debate on press freedom and the safety of journalists in the Netherlands. Engagement should not be limited to the political sphere, but rather fuel a public debate about the role of the press in the Dutch democracy. Finally, the Dutch Parliament must be a place where journalists can do their jobs freely, without fear of intimidation. We call on the Chairman and members of the Boards of Appeal to explore measures to ensure that the work environment of journalists within Parliament is one without fear of intimidation. Independent political reporters and journalists have a crucial watchdog role in democratic societies and must be able to do their jobs freely, in particular within Parliament. Our organisations stand ready to provide expertise and will continue to monitor the situation closely.