Serbia: Protect journalists and denounce death threats against them 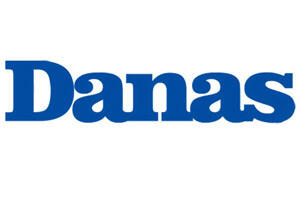 We welcome the swift action  of the Serbian authorities to provide security and carry out individualised assessments for the journalists. It is now vital that Serbian authorities conduct a thorough investigation to identify individuals behind the threats and bring them to justice. Journalists must be protected from any threat of violence.

On 6 November 2022, Danas’s editor in chief Dragoljub Petrovic received a threatening email  from an anonymous Protonmail account that contained death threats against the newspaper’s staff, singling out journalist Snežana Congradin. The email draw comparison between Danas journalists’ fate and the murdered journalists from the French magazine Charlie Hebdo, who in 2015 were victims of a deadly terrorist attack.

According to reports, threats to Danas were linked to news reports the newspaper published about Kosovo, Republika Srpska in Bosnia and Herzegovina, and Montenegro. The author of the menacing email also accused the newspaper of supporting ‘Albanian separatists’. While by far the most extreme message received, it is alarming that this is far from the only death threat sent to the editorial office in relation to its journalistic work.

We understand that the Serbian prosecutorial team is progressing with investigations into the culprits and is currently collaborating with Swiss authorities to identify the sources of the threat. The threatening email was sent through a Swiss-based Protonmail service, which is used by Danas’s team as a communication channel.

Serbian authorities must ensure that journalists are able to work in an enabling environment that protects them from any threat or violence resulting from the exercise of their profession. To this end, our organisations urge the Serbian government to take full stock of the provisions included in the Council of Europe’s Recommendation  on the protection of journalism and safety of journalists and other media actors (CM/Rec(2016)4), and enact comprehensive measures that point towards the prevention, protection and prosecution of threats and violence against media professionals.

We call Serbian authorities to ensure the safety of Danas’s staff, to promptly investigate the threats and bring perpetrators to justice. We also call public authorities to openly denounce such violent threats and express solidarity with Danas’s journalists.